“She is quite different – and will be harder to bring up, she will like to be frivolous first, so give her happiness. Later, when she is older she will develop, I think, more like you. It is harder for me to judge… she is so young.”

“Has Beatrice any artistic talent?”

Dorothy wrote this ‘dialogue’ in a notebook in 1919, when Beatrice, her daughter, was five years old. The ‘dialogue’ took place, with Dorothy present, at a séance between a medium and Dorothy’s recently dead first husband, Willard Straight. Willard’s death at the age of 38, from influenza at the end of World War I, had left Dorothy utterly bereft. Without Willard she particularly felt at a loss as to the upbringing and education of their three young children. Her period of consultations with a medium did not last long but, strangely, the predictions for all three children proved remarkably accurate.

After Dorothy’s marriage to Leonard Elmhirst in 1925 and a year after they bought the Dartington Hall Estate and made at least part of it habitable, Beatrice and her two brothers moved from the USA to Dartington. Beautiful, vivacious and outgoing and always the first to enter into theatrical entertainments at Dartington, no one doubted that Beatrice was destined to be an actress. The remainder of her childhood was spent here but she returned frequently to the USA. She studied theatre at the Cornish School in Seattle and later in New York, where she eventually returned to live.

When Beatrice was at the Cornish School her art teacher was Mark Tobey. She wrote to her mother, saying he was exactly the right person to teach art at Dartington Hall. Dorothy immediately wrote to Tobey, who accepted the invitation without really knowing what was expected of him. At Dartington he taught children and amateurs, and even Bernard Leach, who wrote: ‘Those who came never forgot. Mark did not teach by any ordinary standards, yet he taught everything, even by silence.’ It was while painting at Dartington that Tobey developed his ‘white writing’ technique, for which he became world famous.

Beatrice was also responsible for bringing the actor and director Michael Chekhov to Dartington Hall. The nephew of the playwright Anton Chekhov, Beatrice had seen him in New York, performing in Russian with his group of Russian actors, and had been captivated. Again, she contacted Dorothy and Chekhov arrived at Dartington in 1935. Although he was here for only four years (at the outbreak of war in Europe he returned to the USA) he and his students had a profound and lasting effect on the arts at Dartington.

Beatrice worked with Chekhov in the USA and went on to achieve great success in the theatre, both nationally and on Broadway. Her career in films was also successful and for her brief but extraordinarily luminous and truthful performance in ‘Network’ (1976) Beatrice won the ‘Oscar’ for best supporting actress. She spent her final years in Beverley Hills, California and died in 2001.

The bedroom in Dartington Hall that was named after her is next to the Barn Theatre, where in the 1960s Beatrice returned to give a memorable performance of Phaedra. Her name is carved on one of the large beams of the Round House and in 2005 her ashes were buried in the Courtyard, against the wall of the Barn Theatre. 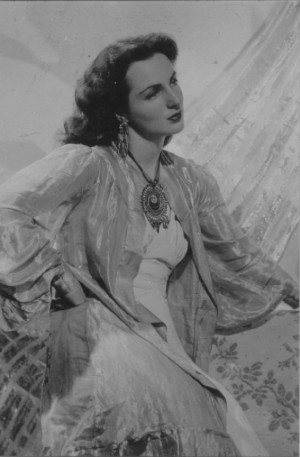