William Clayton (Bill) Hunter was a photographer and teacher at Foxhole from 1932-41. He established the Dartington Hall Film Unit and created a wide range of classroom documentary films with his pupils at Dartington – films that were widely distributed in academic and other organisations as teaching aids.

Bill Hunter was born in Buxton in 1908, where his mother and father – the latter a photographer – ran a photographic shop. After the First World War the family moved the business to London and Bill, age 12, went to Sutton Valence School in Kent. He then went on to St John’s College in Cambridge to read English and History.

He first came to Dartington when William Curry, the Headmaster of Dartington Hall School, recruited him to teach Geography at Foxhole from September 1932.

Bill Hunter built on the foundations of the original Cine Group, a casual setup making amateur films. The groups members – Leonard Elmhirst, his brother Vic, and their colleague George Bennett – kept records of the changes that were taking place as the Elmhirsts got down to the task of revitalizing and rebuilding the run-down estate.

Hunter extended these activities and developed the group into the Dartington Hall Film Unit, whose activities were centered around educational films made by Bill with his pupils in his classroom at Foxhole. Internationally-renowned filmmaker Ricky Leacock was one such pupil and Tom Stobart, later to become the Director of the Unit, was another. Many of these films were hired or sold to other educational establishments throughout the UK.

He married Margaret (Maggie) Reid, ‘Blue and Green’ housemother at Foxhole, in 1936, and later they ran a family unit at High Cross House for children that needed specialist care. Victor Bonham-Carter, writing in 1958, described Bill Hunter as “a man with extraordinary genius for the duel part of teacher and producer”.

Despite being a strong defender of contentious objectors – going as far as to argue in their defence in Bristol courtrooms – by 1941 Bill Hunter decided that it was impossible for him to remain in civilian life. He volunteered for the RAF where he worked with the Central Interpretation Unit that specialized in aerial photographic intelligence.  John Wales took over the running of the Dartington Hall Film Unit for the rest of the war.

Bill Hunter fell ill and died in 1943, and is buried in the RAF war graves section of Halton Church Yard in Buckinghamshire.

After the war Maggie Hunter returned to Dartington with their two children to be the Housekeeper at the Old Postern. In 1949 she joined the Educational Foundation for Visual Aids [EFVA] in order to set up and manage their film distribution library at Brooklands in Weybridge, Surrey.

We would like to thank Andrew Hunter for creating this biography for Dartington. 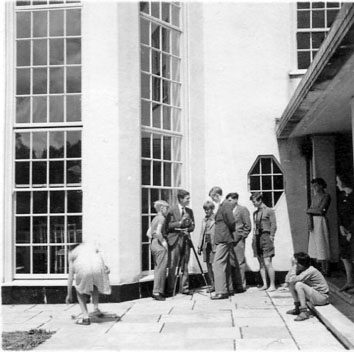 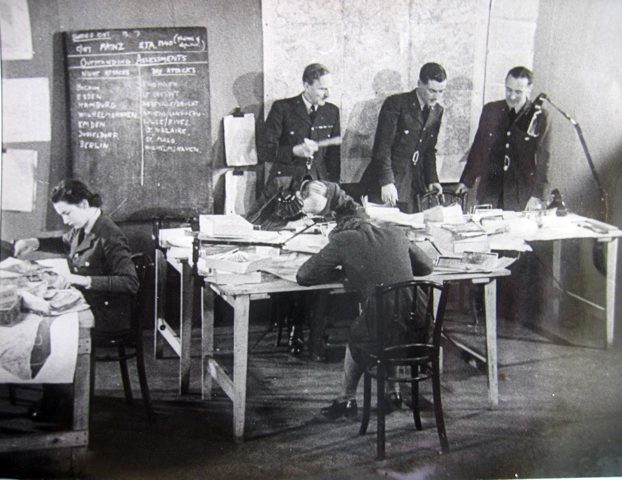