more people behind the story
Brian and Jerry Millman were two of Dartington’s most loyal, steadfast and versatile employees, working here for nearly half a century.

Born at Paignton Zoo, where their father was the rat-catcher, Brian first started work at Dartington Hall in 1962 and Gerry arrived two years later.  After a few years as a mason’s labourer and lorry driver, Brian left Dartington to work for his father-in-law, but returned in 1978.

Gerry joined the Estate Services team as a technical labourer and worked full-time for The Dartington Hall Trust for 35 years.

For more than 20 years, Brian and Gerry were responsible for maintaining the estate’s water supply.  Each morning, every day of the year, one or both of them would start up the water pumps in the pump house down by the banks of the River Dart.  Then they would check the filtration plant in the former calf house by the Barton Workshop, backwash the filters and take samples to test the purity of the water.  Checking the six main boilers around the estate was also part of their daily routine (the Millman room in Dartington Hall is so named because it overlooks the boiler house which serves the whole Courtyard area).

The Dartington Hall estate has a private water supply, which feeds all the houses and buildings on the estate and many properties in Dartington village.  The first permanent water supply for the estate came from a spring in a quarry, driven by a couple of hydraulic rams beside the Bidwell Brook.

By 1928, water was being drawn from the gravels of the river Dart by means of a small well with a pump, and in 1934 it was all electrified.  The two pumps installed in 1934 are still working, pumping out thousands of gallons of water throughout the estate.  That these two pumps have not once required a service in more than 60 years of operation is due in no small part to the high standard of maintenance they received from Brian and Gerry.

The list of other tasks undertaken on a regular basis by the Millmans seems as endless as their abilities.  They include: trenching, tree lopping, repairing guttering, laying water mains, cutting grass on the pathways, cleaning drains, sweeping chimneys, emptying the waste bins throughout the estate, driving tractors and erecting fences.

Brian remembers the installation of the lights along the lower drive being a particularly difficult job and the one he is most proud of is the solid oak fencing that he constructed to protect and enhance the nature reserve opposite Dartington Lodge on the lower drive.

Although they officially retired before the beginning of this new century, the Millman brothers continued to work on the estate for a couple of days a week until we finally bade them a sad farewell in 2003 (Brian) and 2004 (Gerry). 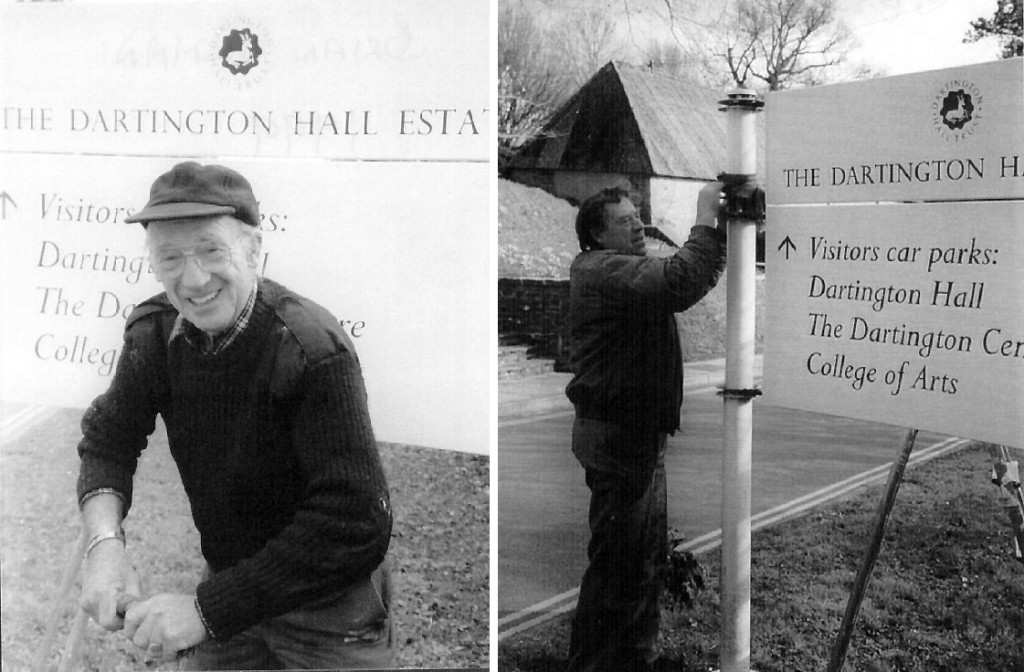