Sometimes, that which was once deemed progressive and innovative can seem senseless to future generations.

When, in 1925 and only 30 years of age, Christian Nielsen arrived from Denmark to take up the post of Manager of Old Parsonage Farm at Dartington Hall, he introduced into Devon farming practices which were considered to be not only progressive but also entirely positive.

Today, we shake our heads at some of the actions he took.

When Leonard and Dorothy Elmhirst bought the Dartington Hall estate in 1925, the agricultural land amounted to 590 acres comprising two small farms, both in a somewhat dilapidated condition.

Leonard, who had studied agriculture at Cornell University, was keen to farm experimentally: Barton Farm, close to the Courtyard and the heart of the Dartington estate, was to be farmed as a traditional mixed dairy and livestock farm; Old Parsonage Farm, next to the Old Postern (now Schumacher College) was to combine dairy and arable farming, using the most modern systems and equipment available. In Europe at that time, Denmark led the field in modern farming.

Nielsen was the son of a farmer and had an impressive background of practical and theoretical training in Denmark, Scotland and in England. At Dartington he quickly set about destroying two miles of high Devon banks, as he thought them too expensive to repair, a refuge for rats, rabbits and sparrows and a hindrance to machines.

With the banks gone, Dartington had the largest field in the district – over seventy acres – and today it is still known as Sneezle’s Prairie, Sneezle being Nielsen’s Dartington nickname.

Nielsen also designed the new farm buildings at Old Parsonage. They were well ahead of their time and featured in both farming and architectural journals, as well as being visited by several hundred curious farmers each year.

He also introduced intensive crop rotation to the farm. The dairy herd was South Devons, perhaps surprising since his native Friesians would a few years later become the dominant breed in British dairy farming.

However, Nielsen’s herd of South Devons went on to hold many records for the breed and he even supplied the USA Government’s Breeding Station with the only pedigree stock of South Devons imported into that country.

By 1935 the average annual yield per cow from Nielsen’s herd of 60 milking cows was an exceptional amount for the breed: 977 gallons. Yet Old Parsonage Farm was not profitable. Nielsen fell out with the Managing Director of Dartington Hall’s commercial companies, which included the farms, and in 1937 he was sacked, while Leonard was abroad.

Many, including Leonard, felt Nielsen had been roughly treated but he was not reinstated. Leonard lent him money to start his own farm a few miles beyond Totnes and Nielsen repaid the debt long before his death in 1965.

At Old Parsonage Farm today, many of those miles of hedges are being restored. The farm has moved far away from intensive farming and by steadily going organic is in many ways experimental again. The once model buildings are considered very old-fashioned and are in need of extensive adaptation.

But Sneezle’s prairie is still there, and serves as a remembrance of a young and enthusiastic reformer and as reminder that at Dartington there should always be a passion for improvement and experimentation, no matter how it is viewed 75 years hence. 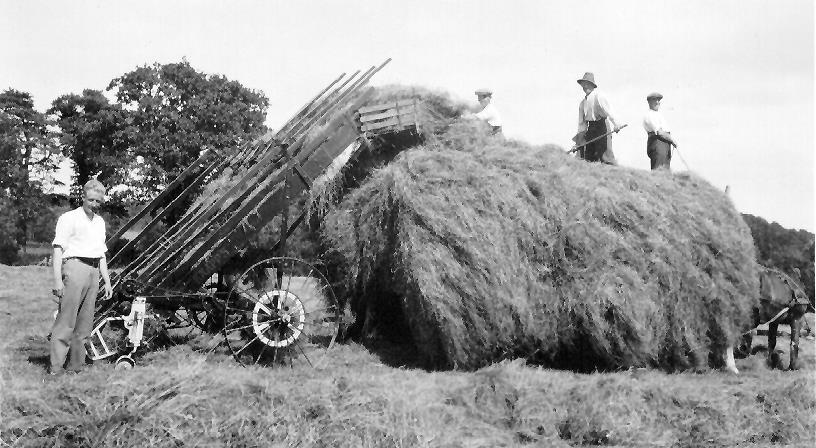