Cecil Collins (1908-1989), a painter inclined towards the Neo-Romanticism movement, was unusual amongst the artists at Dartington between the wars in that he was local to the area.

Born in Plymouth, he was initially apprenticed to an engineering firm in Millbay Docks. He went on, however, to Plymouth School of Art in 1924 and thence to the Royal College of Art until 1931. There he met and married fellow student Elisabeth Ramsden.

Collins’ connection with Dartington stems from 1936 when he moved to Totnes at the invitation of his friend and fellow artist Mark Tobey, who was already working there. It was he who encouraged Collins’ interest in the art and philosophy of the Far East, and the dance theorist Rudolf von Laban who stimulated his interest in formalised movement.

At the outbreak of the Second World War, Cecil and Elisabeth moved up to the Hall, where he remained one of the few teachers after many had left or been interned. Until 1943 he was responsible for the Art Studio Workshop.

In 1979 he was awarded the MBE. A retrospective of his prints at the Tate Gallery in 1981 was followed by one of paintings and drawings in 1989. The painter died on 4 June 1989, during the course of this exhibition.

Nicholas Serota, the current Director of the Tate, wrote the catalogue foreword for the 1989 exhibition:

“Cecil Collins, now aged eight-one, has consistently and with dedication pursued a singular path through the past six decades of the twentieth century British art. […] … Collins has had a profound influence on several generations of students through his teaching […] He makes his paintings as objects of contemplation […] His message is basically one which stresses the importance of love in our lives, and all his experiments with colour, tone, form and content have been to guide us to that realisation.”

The period at Dartington was a formative one for Collins, influencing most of his major works. There are several of his works in the Dartington collection. 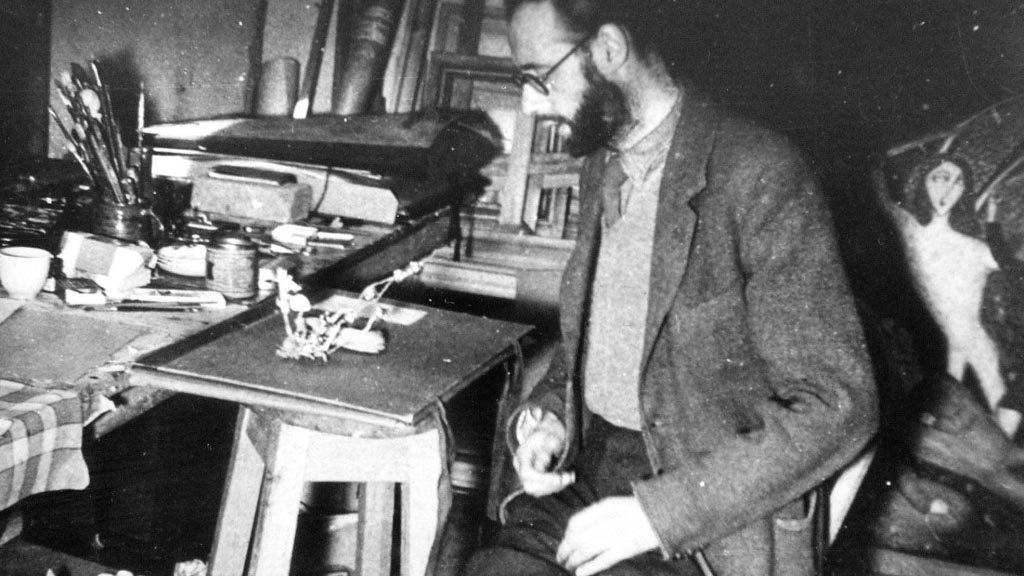