Each year me and the volunteers carry out a nest box survey in Dartington Hills and Berryman’s Marsh for the British Trust for Ornithology (BTO).

The nest box scheme has been going for over 25 years. It is great to see the gradual change from an empty nest box in April to seeing the birds develop through different stages of their life to eventually fledging in June. 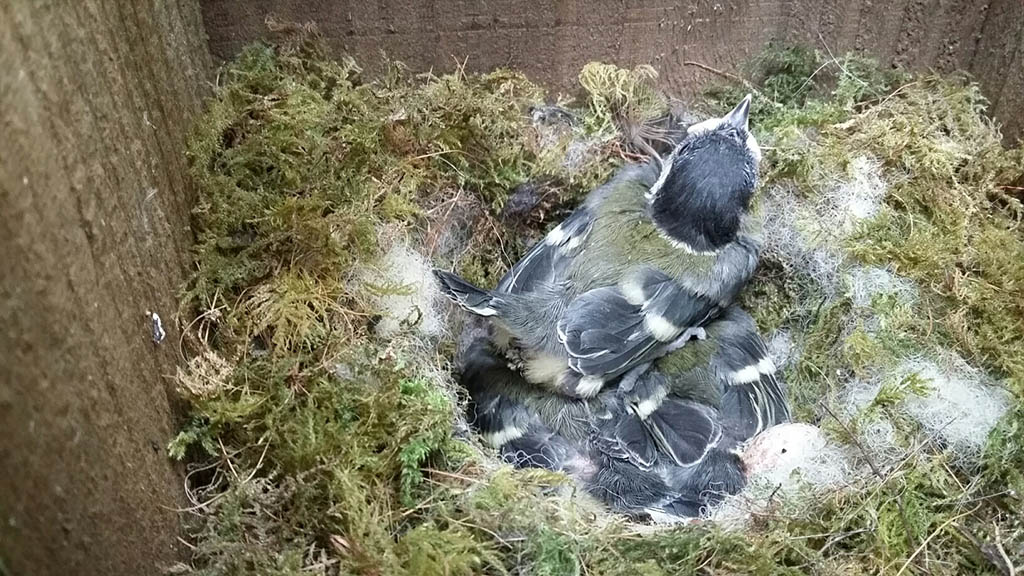 Some years they fledge early and on occasion even later, depending on the weather and the availability of food sources. If the conditions are right and there is enough food in the surrounding areas some birds have a second brood.

The main type of small birds we see nesting are blue and great tit. This partly down to the type of box we have erected and the size of the hole into the nest box. However, the last couple of years we have recorded nuthatches in the boxes as well.

The nuthatch is a rounded bird with a long pointed bill and a short tail and looks similar to a tree creeper or a small woodpecker. It has a black-eye stripe and is blue-grey on the top from head to tail, whitish beneath and chestnut on the sides and under its tail. They eat hazelnuts, acorns, insects and other seeds.

Nuthatches can be seen throughout the year mainly in mature mixed woodlands and well established parkland in central and southern England and Wales. Sometimes they been sighted as far north as Scotland. They have a unique habit of plastering mud around the entrance to the nest box or hole in the tree.

Nuthatches use their saliva and mix it with the mud which acts like a resin to mould it around the entrance (see photograph below). 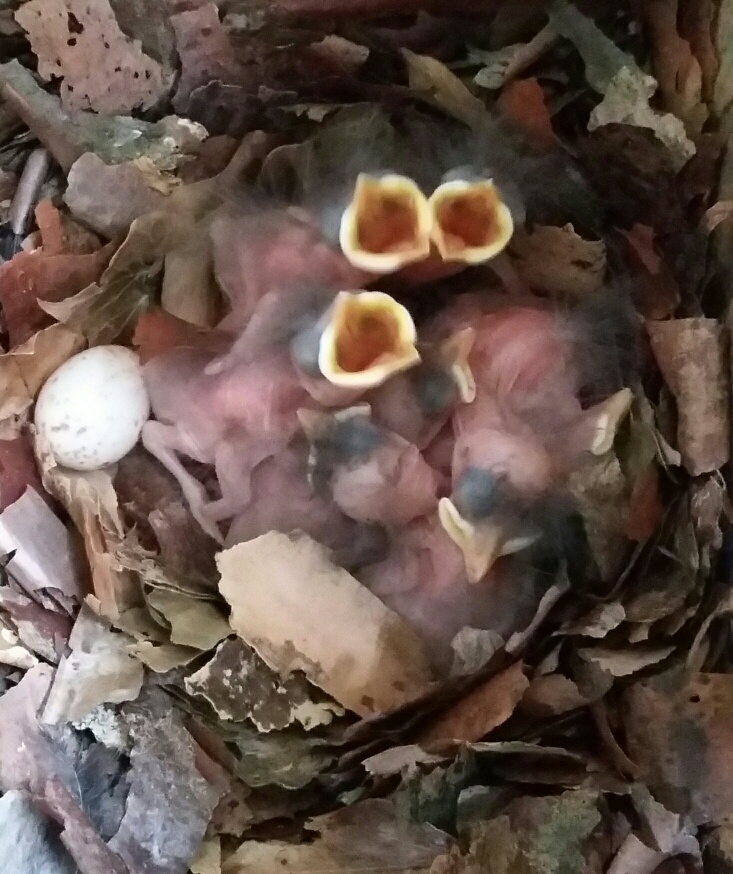 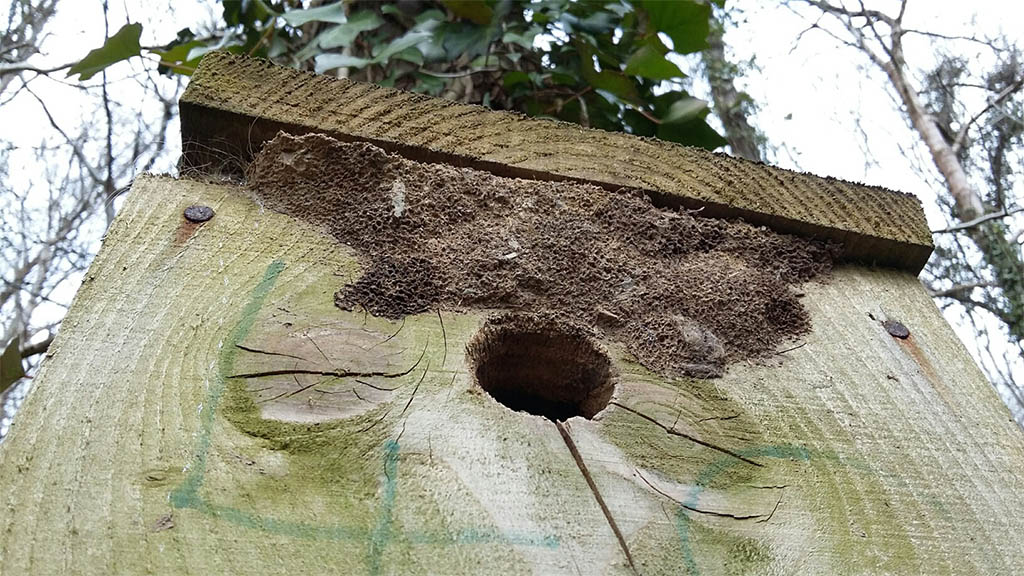 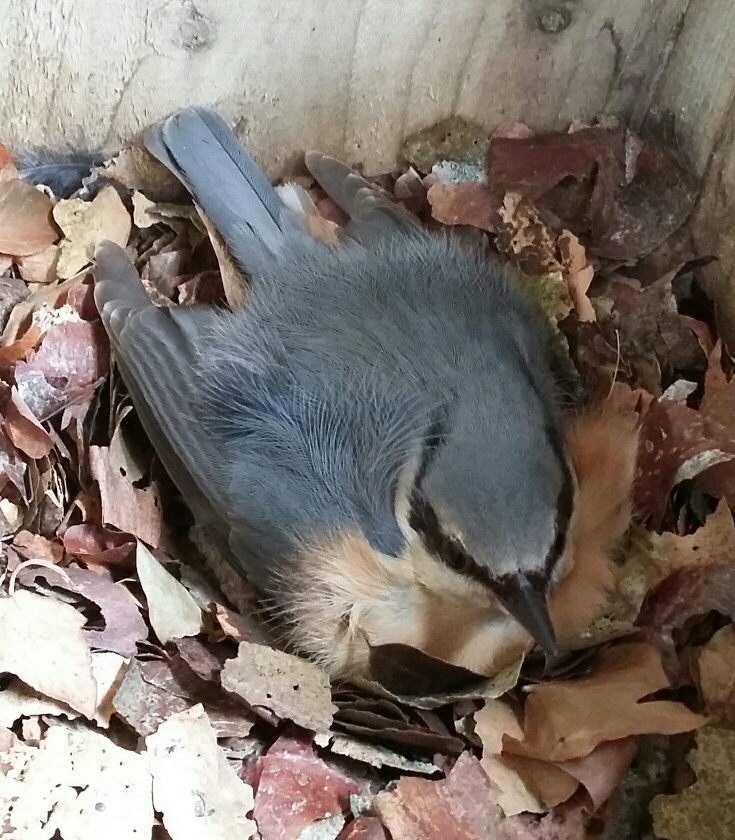