more people behind the story
The Pitman family came to Dartington in December 1945, Bert having obtained a job as a cowman at Old Parsonage Farm.

Later, Bert was asked to manage the milk bottling and distribution for Parsonage and Barton farms and he and his wife Edna moved to one of the Park Road cottages, opposite the Children’s Cottage, the nursery school department of Dartington Hall School.

Knowing that Edna was a trained nursery teacher, the headmaster, Bill Curry, asked if she could step in to help him out for two weeks, until the end of term. These two weeks lasted nearly 30 years.

With Edna in charge, the Nursery School soon moved to The Old Postern (now the home of Schumacher College) where it remained for many years, until it was decided to build a new nursery school (Brimhay) in Dartington village and to join forces with Devon County.

By ensuring that the move went smoothly, not only from the premises but also for the 18 to 60 children moving from private to state system, Edna and her school were held to be a model for others to observe. She also ran courses during the holidays for teachers planning to start nursery units.

Edna remained in charge of Brimhay until she reached retirement age in 1975. It is hard to imagine there was ever a more beloved nursery teacher than Edna. Hundreds of children benefited from her affection, warmth and attention and will always remember her with love.

After her retirement Edna found a new occupation by joining her husband in his career as a television ‘extra’. At this, too, she was a great success and only ill health towards the end of her life forced her to curb some of her energies.

Very much a part of Dartington, Edna was nevertheless surprised (but delighted) to learn that a room in the East Wing was to be named after her and Bert. Sadly, she died suddenly in February 2000, aged 84, before the conversion of the East Wing was finished and she could inspect ‘her’ room.

Bert worked at the farms for about four years and then for a while became a commercial traveller for Dartington Hall Limited, eventually joining the Dartington Cattle Breeding Centre, where he stayed until his retirement in 1981.

His retirement from the Cattle Breeding Centre coincided with the formation of the Dartington Hall Long Service Association and he was made a member of the committee, on which he served for 18 years, 10 of them as Chairman.

In his spare time Bert taught ballroom dancing to pupils at Foxhole (the senior department of Dartington Hall School) and to other young people in the local youth clubs. He also was able to follow his real loves, which were the stage and singing.

He appeared in plays at Dartington Hall’s Barn Theatre, sang in Gilbert and Sullivan operas and in musicals at Foxhole and played a number of lead parts with the Totnes Operatic Society. Eventually he turned professional and, with a partner, became a cabaret act and did five summer seasons at Torquay with a light orchestra.

He served for a number of years as the Chairman of the Devon and Cornwall branch of Equity, the actors’ union. Bert died in Scotland in September 2008, aged 92. 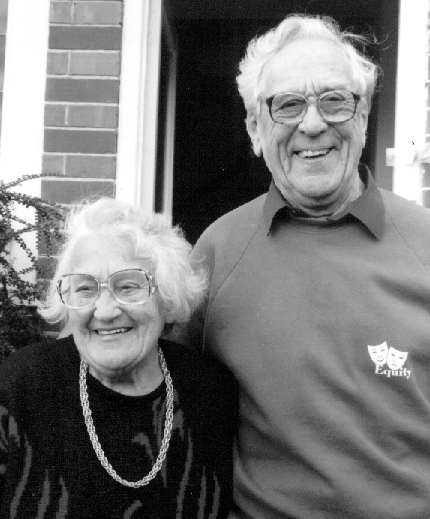