Join two of the most exciting contemporary writers and performers – Ella Frears (T. S. Eliot Prize-nominated poet) and Sheena Patel (part of the 4 Brown Girls Who Write poetry collective and named as one of the Observer’s top ten debut novelists for 2022).

‘Fizzing with insistent energy… full of crystalline images and metaphors…. Frears is excellent on sexual politics, the end of girlhood.’
The Guardian

‘This poet is a bit special. She’s exciting, a bit scary and sort of brilliant.’
Frank Skinner on Ella Frears

‘The desperate, cornered strength of the narrative voice in I’m a Fan is like nothing else I’ve read. Every word is fought for, its potential for violence acknowledged: if the protagonist does not use them to hurt others, they will end up destroying her.’
Lamorna Ash, The Guardian, on Sheena Patel’s debut novel

‘Pure fire from start to finish. Sheena Patel is the future.’
Niven Govinden 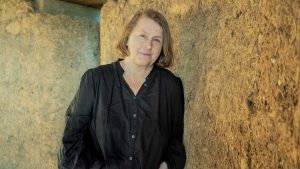 Join author Sophie Pierce as we launch her new memoir, 'The Green Hill... 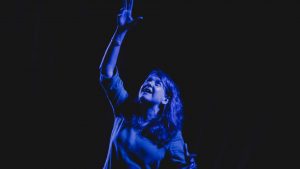 The performance storyteller Lisa Schneidau presents tales from her mos... 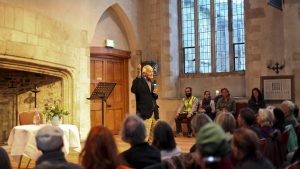 Join Satish Kumar discussing his new book in which he helps us find wa...