Farewell concert by one of the region’s leading choirs, with spoken word by acclaimed poets Matt Harvey and Harula Ladd BOOK NOW


After twenty years in the limelight Glorious Chorus will be performing its last performances this summer. The choir, directed by award-winning songwriter Helen Yeomans, has earned an enviable reputation for passionate, polished performances, wowing audiences with its pizzazz and originality.

Helen’s music never fails to touch the heart and move the spirit. From uplifting soul and funky jazz to contemporary choral pieces and love ballads, there is something for everyone. In 2015 Helen won the gospel category prize at the UK international songwriting contest and was a finalist in five other categories. Glorious Chorus has been her mouthpiece, transmuting her talent into choral gems which are now sung by choirs all around the world.

The choir has been a go-to for other musicians wanting to collaborate, from folk duo Ninebarrow to internationally acclaimed Spooky Mens Chorale. Past highlights have included performances at Glastonbury, Isle of Wight & Port Eliot festivals and in 2017 Glorious Chorus was selected to perform at the prestigious Voices Now festival at The Roundhouse in London.

Glorious Chorus will be performing an eclectic mix of Helens’ best compositions from the last twenty years There will be spoken word woven through songs and choreography to complete the show… soloists provide the dazzle. Expect to be moved!

‘The concert was one of the most moving musical events I’ve ever experienced’
Anne Ridgely, Amnesty International 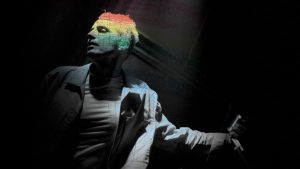 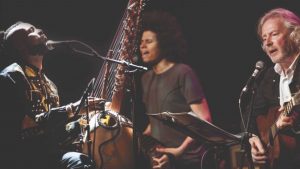