£240.00 (or £150 deposit, with the outstanding balance payable at the booking deadline specifed below). Short Course bursaries are available – find out more here.

This short course explores Owen Barfield’s theory of metaphor and his application of it to poetic, scientific and religious literature. This literary approach to anthropology shows, on the one hand, an historical evolution from a participatory to a detached form of consciousness and, on the other hand, the path to participation through poetry and holistic science. The focus of this course is on Barfield’s two major works, Poetic Diction and Saving the Appearances, with examples drawn from Ludwig Wittgenstein, J.W von Goethe and Rudolf Steiner.

What will you gain from taking part in this course?

This courses is for you if you are:

Owen Barfield (1898–1997) is known as the first and last Inkling. He not only had a profound philosophical influence on J.R.R. Tolkien and C.S. Lewis, but also initiated the philosophical interest in metaphor in the second half of last century. In Poetic Diction (1928), he provides a theory of metaphor and a case study of the evolution of consciousness applying his theory of metaphor to the Western literary cannon. In Saving the Appearances (1957), Barfield provides another case study, this time based on the Western and West Asian scientific and religious cannons.

These two studies on the evolution of consciousness show what Max Weber calls the “disenchantment of nature”, which comes about when the human mind no longer participates in nature. These studies also show how poetry and holistic approaches to science can bring about a renewed participation in nature, which Barfield sees exemplified in the Romantic poets, the German poet and scientist J.W. von Goethe, and philosopher and educationalist Rudolf Steiner.

In the first two weeks we examine Barfield’s theory of metaphor and supplement it with an exploration of Wittgenstein’s discussion of Gestalt psychology. We then turn to Barfield’s exposition of the loss of participation shown by religious and scientific texts. In the final two weeks we explore how participation in the world can be renewed through holistic approaches to science, taking up Barfield’s indications by exploring Goethe’s prism experiments and Steiner’s anthropology as examples of such approaches.

Each session consists of a presentation and discussion based on set readings, which will mostly come from Poetic Diction and Saving the Appearances.

As we will only be reading selected chapters from Barfield’s two books during the course, participants are encouraged to read them beforehand in full.

Troy is a lecturer on Schumacher College’s Holistic Science MA programme. He studied Physics with Astrophysics at Bristol University, and after a year of studying jazz, he returned to physics and completed a doctorate at University College London with a thesis based on experimental research at Fermi National Accelerator Laboratory, near Chicago.

He then studied Goethean science in America and Germany before moving to Berlin, where he pursued his interest in the history of language by studying classics at Humboldt University. After a few years, he switched to philosophy with a focus on Wittgenstein’s philosophy of language which lead into a second doctorate on which he is currently working. His thesis develops a Wittgensteinian approach to the history and philosophy of science that is based on seeing connections. He has published articles on Newton, Goethe, Wittgenstein, Barfield and Bortoft, as well as edited and translated a number of books on Goethean science.

Troy has edited the Holistic Science Journal with Philip Franses. He has also edited the book Experience Colour, a large format exhibition catalogue that presents an exploration, understanding and application of colour, and What is Colour? The collected works of Michael Wilson’s groundbreaking holistic colour research.

*The booking deadline (see above) gives us an accurate idea of course participant numbers at approximately 6 weeks before the course is due to run, at which point we either confirm the course; add additional time for people to book; or cancel the course. We encourage people to register early for courses as places are limited.

Select a time below to begin your online booking. You will receive an e-ticket for this event. Please note that individual orders will be restricted to six tickets per booking (on the assumption this rule will apply post-lockdown). No tickets will be available on the door as the box office remains closed due to Covid-19. You are welcome to email us at shortcourseadmin@schumachercollege.org.uk with any queries you have. 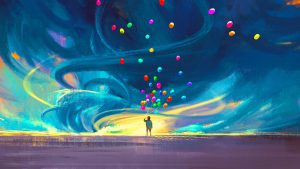 Discover who you are through song: this is a chance to find your own a... 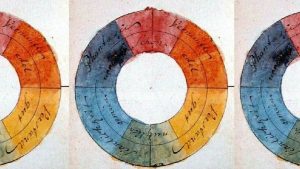 Science and the Soul of the World

Participatory Knowing in Goethe and Whitehead: This online short cours... 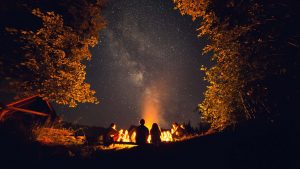 A deep dive into rewilding and deep nature connection, immersion in th...