Join us in our beautiful Great Hall for what promises to be a very special double bill of live music featuring Shifa and Elaine Mitchener.

This event is part of Black Atlantic, a new decolonial cultural project at the intersections of race, art, ecology and climate justice.

Shifa, from the Arabic word for healing, is a new trio (Pat Thomas, Rachel Musson and Mark Sanders) born out of old musical partnerships from the ever shifting sands of the UK improvised music scene.

Pat Thomas studied classical piano from aged 8 and started playing Jazz from the age of 16. He has since gone on to develop an utterly unique style – embracing improvisation, jazz and new music. He has played with Derek Bailey in Company Week, with Tony Oxley’s Quartet and Celebration Orchestra, and in Duo with Lol Coxhill. Pat is a co-founder of Black Top with Orphy Robinson, their collective explores their Afro-Caribbean roots with a spontaneity and daring rooted in experimental free-jazz. Pat has many more projects and bands including Ism and Ahmed.

In situations using composition Mark works in a number of projects including Christian Marclay’s Everyday for film and live music and and John Butcher’s Tarab Cuts – both projects have performed at major festivals throughout Europe and Brazil.

Rachel Musson is a saxophonist, improviser and composer living in London, UK. She is involved with a variety of improvisation projects, and works regularly with Mark Sanders, Pat Thomas, Hannah Marshall, Julie Kjaer, Corey Mwamba, Olie Brice, Alex Ward, Alex Hawkins amongst others. She features on several releases, including a nonet featuring her composition ‘I Went This Way’ (577 Records), two with Shifa, feat. Pat Thomas and Mark Sanders, (577 Records), one with Mark Sanders and John Edwards (Two Rivers Records), trio with Liam Noble and Mark Sanders (Babel), and Corey Mwamba (Takuroku).

“A free-improviser sensitive to melody-like narrative and dramatic pacing” – John Fordham, The Guardian

Her production company Elaine Mitchener Projects has researched, developed, produced and toured or staged a number of projects including Industrialising Intimacy, The Nude Voice, Vocal Classics of the Black Avantgarde, and SWEET TOOTH in partnership with Bluecoat Liverpool, Stuart Hall Foundation and the International Slavery Museum. Premiered in Nov 2017, SWEET TOOTH has been described as ‘a vital black British addition to those seminal creative statements of resistance and defiance from the African Diaspora’, and was subsequently broadcast on BBC Radio 3’s Hear and Now programme (Dec 2017).

Mitchener is one of 50 selected exhibiting artists featured in the British Art Show 9 touring exhibition 21/22 and is a Wigmore Hall Associate Artist.

This event is presented in collaboration with OTO Projects. www.cafeoto.co.uk

MORE ABOUT THE PROGRAMME > 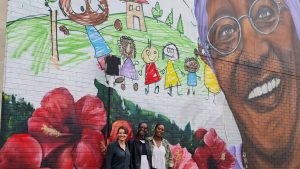 Curriculum is a story we teach children to prepare them for life. This... 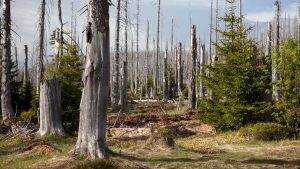 In this compelling workshop, decolonial artists Nabil Ahmed and Imani ... 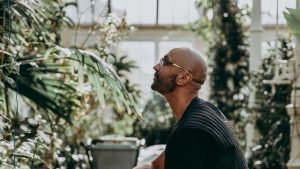