Simon Postgate gives a live talk on his father's film company, Smallfilms, who produced television shows such as Bagpuss and The Clangers BOOK NOW


Simon Postgate is the son of Oliver Postgate, co-creator of children’s television programmes such as Bagpuss, The Clangers and Pogle’s Wood. Having grown up around the making of these programmes, Simon shares his experiences in a live talk with images and clips.

Set up in 1959, Smallfilms produced many well-loved classics such as Bagpuss, Noggin the Nog, Ivor the Engine and The Clangers. During this time, Oliver’s son Simon was growing up, which provided him with a personal insight into the background and the people behind the nostalgic productions.

Oliver Postgate was a student at Dartington Hall during the 1930’s and his experiences there may well have been an influence on his approach to story-telling and film-making. Simon incorporates some footage from the programmes that reflect his father’s philosophical and political perspective, as well as his favourite moments, but mostly it’s a celebration of silliness and fun!

As quoted by the Independent:
“Oliver Postgate was one of a handful of pioneers who turned children’s television into an art form and whose legacy is a warm nostalgia felt by grown-ups today.” 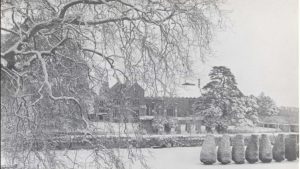 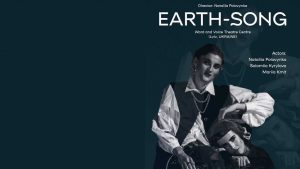 Word and Voice Theatre Centre present Earth-Song, as part of a UK tour... 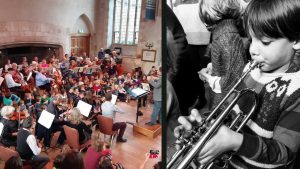 The Family Orchestra Day is a collaboration between the Torbay Symphon...