In this piece, the cadence of sound is generated by the speed at which the cyclist pedals. How the “symphony” is performed depends on who is turning the pedals. Watch the artists perform their symphony and hear them discuss their work afterwards.

Alexey Grachev was born in the city of Kaluga, Russia, in 1983. He is a programmer, artist, media engineer and sound artist. Grachev has been in charge of the projects and served as the chief engineer of CYLAND MediaArtLab since 2010. Currently he lives and works in St. Petersburg, Russia. Take a look at some of his musical projects and releases here.

Sergey Komarov has been born in 1980 in the city of Kaluga, Russia, where he currently lives and works. He is a programmer, sound artist and curator at CYLAND MediaArtLab. Komarov initiated such projects as Kurvenschreiber, Oscillation Works, Cyland Audio Archive, Unprintable Character.

Over the last few years, S. Komarov and A. Grachev have effected their project Subjectivization of Sound with different secondary titles as performances, sound-art installations or master classes in various venues in Europe and America.

‘Cyfest-14: Ferment’ takes place from 17 -26 September, and examines the theme of fermentation through the dual lenses of art and science. Through art installations, workshops and talks, we will be exploring the metamorphoses that fermentation represents. 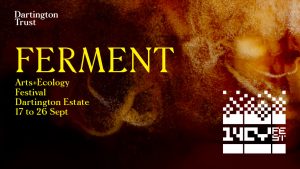 Examining the theme of fermentation through the dual lenses of art and... 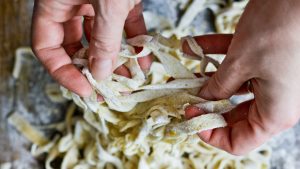 Part of Cyfest14: Ferment Festival. At this fun and hands-on workshop ...