more people behind the story
Frank Thrower was the creator and chief designer of Dartington Glass.

In the mid 1960s, when Dartington Hall was looking at the possibilities of starting a rural industry in North Devon, they consulted Euan Cooper-Willis, the founder of Portmeirion Pottery, whose children were at Dartington Hall School.

Euan put the Trustees in touch with Frank Thrower who was working for Portmeirion and, almost as a sideline, designing glassware made for the company in Sweden.  Thus began one of Dartington’s most celebrated commercial enterprises. Frank Thrower and Dartington Glass became synonymous.

Frank was born in London, left school prematurely through unwise enjoyment of Denis Compton’s batting at Lords in 1947 and had no further education or training.

His parents had been told he showed no sign of artistic talent, yet in the space of ten years he was largely responsible for what The Times described as a revolution in British glass design.

On Frank’s recommendation, Dartington’s Trustees recruited Eskil Vilhelmsson, a Swedish master glass blower.  Eskil brought with him to North Devon seventeen glass blowers to work and to train local men at the new factory in Torrington.

Frank’s designs for the glassware were fresh, clean and simple – the antithesis of glassware made in Britain at that time – but for the first four years the products proved hard to sell.

In 1971 the company and the Dartington Trustees decided to invest in a dynamic advertising campaign and Dartington Glass never looked back.

Over time and as part of a long-term strategy, The Dartington Hall Trust gradually reduced its interest in the company and sold its remaining shares in 1993. In 1986 the company name was changed to Dartington Crystal.

Frank Thrower remained as chief designer of Dartington Glass until his death in 1987, aged 55.  He received the Observer Award for Design in 1969, the Duke of Edinburgh’s Design Prize in 1972 and in 1985 his ‘Sharon’ champagne flute was included in a V & A exhibition called ‘100 Best Ever Products’.

A few months before his death Frank was awarded the MBE and had celebrated the opening of a new Glass Centre in Torrington to mark the 20th anniversary of Dartington Glass. 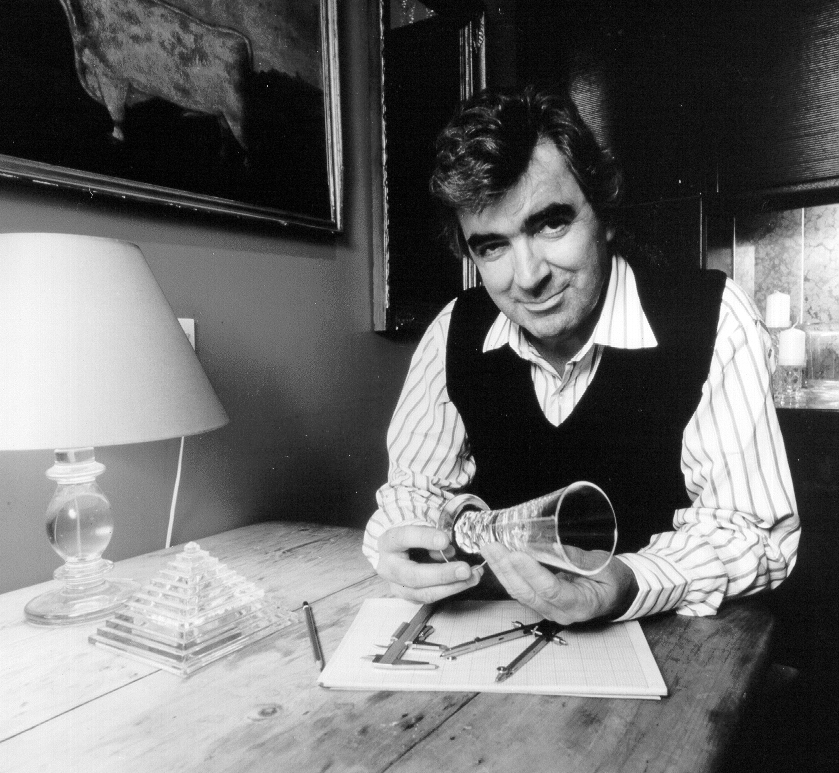