more people behind the story
Henry Spencer Moore was born in Castleford, Yorkshire and was the seventh of eight children.

His father, who began his working life as a coal miner, was a great inspiration to his children. A great believer in education, he always encouraged his children to learn.

He made Henry obtain a teaching qualification before beginning anything else, reasoning that the world would always need teachers before artists.

Moore first became a school teacher, before heading to Northern France to take up military service in the trenches of the First World War.  After the war, in 1919, he entered Leeds School of Art and then in 1921 won a scholarship to the Royal College of Art in London.

From 1923 onwards, he regularly spent time in Paris, visiting art galleries and exhibitions and making contacts. In 1924 he won the college’s Travelling Scholarship and in the following year went to Italy to study.  There he was particularly inspired by the work of Giotto, Masaccio and Michelangelo.

Moore became a household name after the Second World War, producing many important sculptures and exhibited internationally.  Between 1946 and 1966 Moore corresponded with the Leonard and Dorothy Elmhirst and his sculpture Memorial Figure, 1947, can be seen at in the garden at Dartington, above the Tiltyard.

The sculpture is dedicated to the memory of Christopher Martin, Dartington’s first Arts Administrator from 1934-44, who died in 1944. 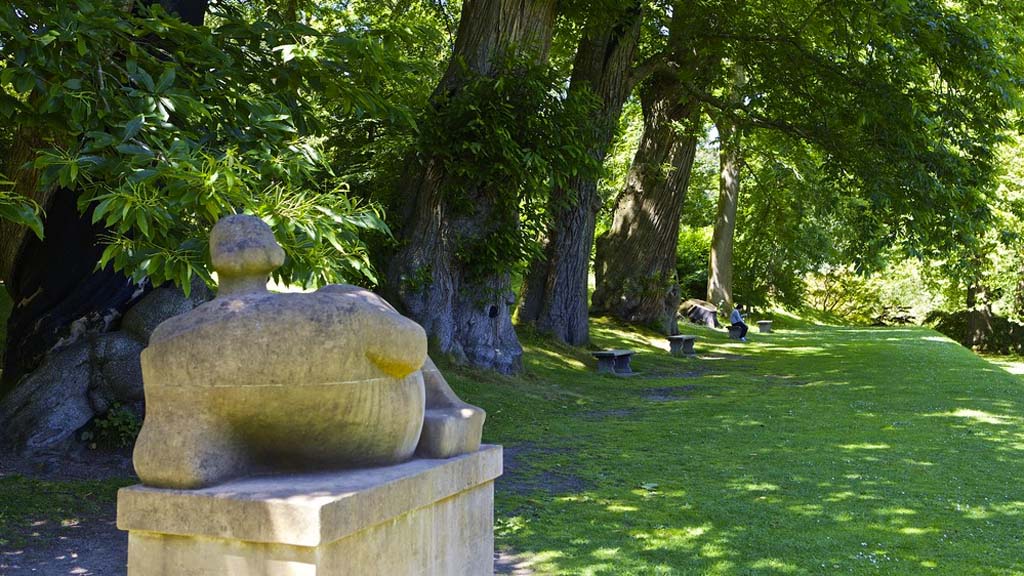