more people behind the story
Herbert Mills had a varied and career at Dartington spanning many decades.

Born in Totnes into a large family, Mills left school at the age of thirteen and his first job was to deliver groceries., also becaming the temporary beater on the Dartington estate shoot for Squire Champernowne.

He then went to work at the local power station (presumably Totnes) to bring in more money for the family after his father and elder brother had been called up for duty in the First World War.

For eighteen months, part of his job was to go up to Dartington in order to run a small diesel generator for two hours at a time, which was housed in a linhay (an open-fronted shed or store) in the then derelict East Wing of the Hall courtyard.

Mills tried to join the RAF in 1917 but was refused on medical grounds and so he joined the Army.  When the war ended Mills signed on for three years service, mainly on the North West frontier of India.

On his return to Totnes he was to experience a long spell of unemployment, which meant, in his words: “walking the streets of Totnes from day to day or casual work for short periods”.

He was finally employed at Dartington working on the construction of a reservoir and then the restoration of Dartington Hall, the College of Arts and the school, to name but a few.

Around 1930, Mills became the butler’s assistant to Walter Thomas, which he continued both in the Elmhirst’s house (now the Elmhirst Centre) and also the college for forty years.  Until 1962 he worked in the Arts Centre, before moving over to the college and continueing to work at Higher Close until the day before his death.

Mills is also remembered for bringing to an end the estate Fire Brigade. On the fateful occasion in question the fire engine, setting out to a fire, passed Herbert’s house. As it gathered speed, he tried to leap onboard whilst donning his jacket – but tripped, and in the ensuing confusion the fire engine crashed on the bole of an oak tree beside the road! 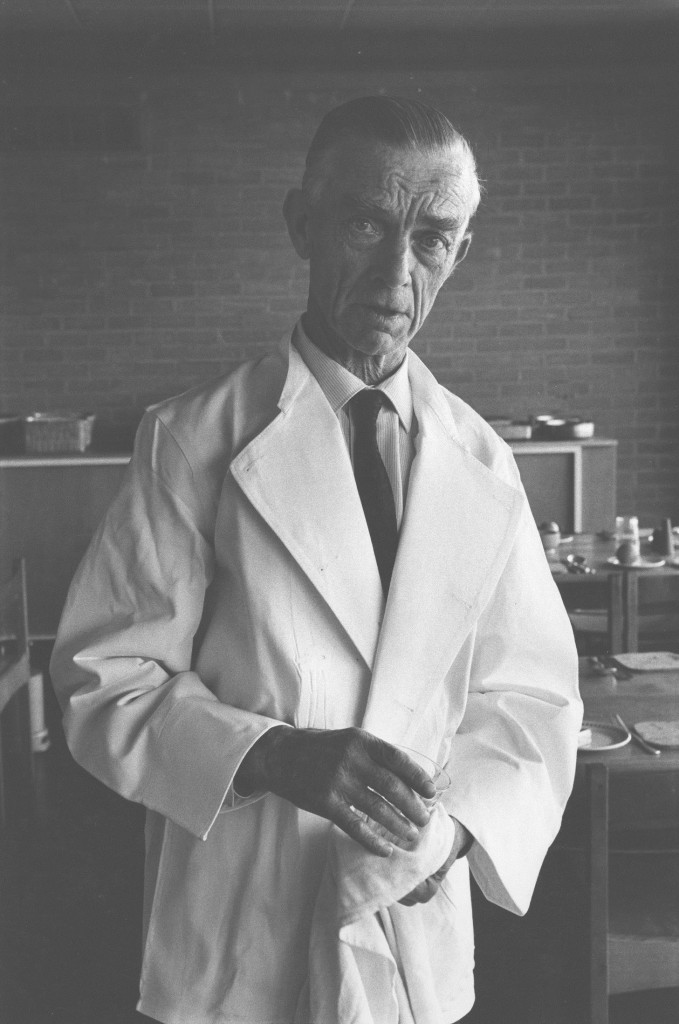