more people behind the story
In 1931, as a young electrician, Horace came to Dartington Hall, with four others from a contractor in Welwyn Garden City, for a six-week visit to wire up the Courtyard area.

He and the other four were asked to stay on and join Dartington’s new construction company, Staverton Builders. Staverton Builders, later Staverton Contactors, was born out of the small army of men involved in the rebuilding of Dartington Hall that began in 1925, and for several years it was one of the Trust’s most successful companies.

Until the outbreak of war Horace worked all over the estate, particularly at the school, the Barn Theatre and in the Courtyard.

During the war Horace worked for the Admiralty, at Devonport Dockyard. He returned to Dartington Hall in 1947 and joined the Arts Department. Although his work over the following 28 years involved electrical maintenance throughout the Arts Department offices, studios, workshops, the Great Hall (and later, the College of Arts), it was in his role as Theatre Technician that the Barn Theatre became Horace’s true domain.

Students, amateurs and professionals alike relied on Horace to provide lighting for their productions and no matter how demanding they were or the strange hours they worked Horace was always there, ever helpful, encouraging and enthusiastic.

He was also the film projectionist for the regular series of films shown in the Barn Theatre and he travelled all over the locality, helping to build the Community Arts Programme. Horace was also involved with the Dartington Summer School of Music and he devised and constructed for the concerts in the Great Hall the portable, raked seating, which lasted a remarkable 40 years before it was replaced.

Horace officially retired in 1975 but continued as the Barn Theatre projectionist for a further six years. In 2000, at the age of 90, he said he would love to do it all over again. Horace died in 2003 and in his memory a fine bench has been placed near the Roundhouse and his beloved Barn Theatre. Horace’s late wife, Dorothy, was the Dartington Hall switchboard operator for nine years – a warm and welcoming voice of greeting. 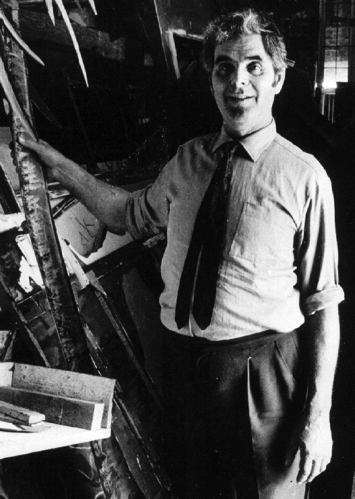