more people behind the story
John Amis was a long-time Manager at Dartington’s Summer School of Music: the organiser, the fixer, the man behind the scenes, as well as the host and the man to run to in a crisis.

Large and ebullient and the wearer of loud waistcoats, John was for many people the outward face of the Summer School.  Almost single-handedly, for 27 Summer Schools at Dartington Hall, he was responsible for creating the special atmosphere of fun and festivity amid the serious study and the tensions of performance.

John’s experience in concert management and the handling of artists convinced William Glock that he was the right man to have beside him when he inaugurated the first Summer School of Music, at Bryanston in 1948.

By the time the Summer School moved to Dartington Hall, in 1953, John’s expertise encompassed everything, and anything, that required organising: from timetabling four weeks of classes to marshalling the volunteers (Trogs), from liaising with performers and teachers to turning pages for pianists.  Beyond that, his performances in late night cabarets were memorable.

Organising the Summer School of Music took up a good deal of John’s time each year but his ‘other life’ in music has been rich and varied.  A seasoned and regular presenter and broadcaster, he is widely known to radio and television audiences.  He also spends part of the year giving talks and one-man shows in the UK and abroad, in addition to writing books and performing in concerts.

John stayed on for one year after William Glock retired from the Summer School in 1979 but then left to pursue his other ventures.

In 1949, Amis married the violinist Olive Zorian, founder of the Zorian String Quartet. The marriage was dissolved in 1955 and Zorian died in 1965. He was survived by his partner for his last six years, Isla Baring OAM, Chairman of the Tait Memorial Trust of which he was a Patron. His funeral was held on 20 August 2013 at the Musicians’ Church, St Sepulchre-without-Newgate in London.1

1. Source: John Amis on Wikipedia
Dartington would like to thank Kate Caddy for helping compile these biographies. 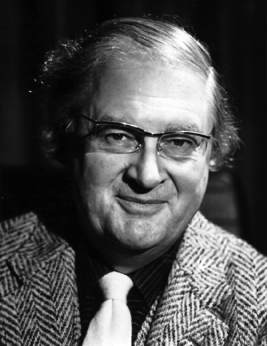