more people behind the story
Kay Starr came to Dartington in 1928 with her husband Mark, having previously been working for the Labour Party in London.

Kay was Leonard Elmhirst’s secretary and like many women of her generation in clerical posts, was a person of remarkable influence and ability.

It was Kay who was responsible for the sculptor, Willi Soukop, coming to Dartington from Vienna in 1934. He is the sculptor who made the Swan Fountain and the Donkey sculptures, both of which are in the Gardens at Dartington.  He also created a sculpture of a female torso especially for Kay in gratitude for all her support.

Aside from her secretarial role, Kay was socially very involved in the community of visual and performing artists which was central to the estate in the 1930s. Both Oskar Kokoschka and Mark Toby painted portraits of her which are still in the Dartington collection.

She remained in contact with the Elmhirsts throughout the rest of her life, long after her retirement in 1949, when she went to live in Ireland.

The following is an extract from her obituary that appeared in The Dartington Hall Voice in January 1977, written by Paula Morel, one-time librarian at Dartington:

Kay worked with Roger Morel on the problem of billeting during the early days of the war, helped to organise the local Civil Defence, and ‘held the fort’ while Dorothy and Leonard were away in America canvassing for aid for Britain. She was both editor and secretary to the Dartington Hall Press Ltd in 1944. […] She retired in 1949, and after a short stay at Huxhams Cross went to live in Ireland. […]

She was a down-to-earth North Country woman who called a spade a spade. So it seems remarkable that she is on record as the only person who had seen the ‘ghost of the Grey Lady’.

[…] during a performance of Milton’s ‘Cosmus’ in 1929… Kay went to fetch a forgotten item and saw a female figure in a long grey dress crossing the Banqueting Hall in front of her. The Hall at that time was a ruin. Kay stood still as the figure dissolved through the oak door into the private house. [Now the Elmhirst Centre] 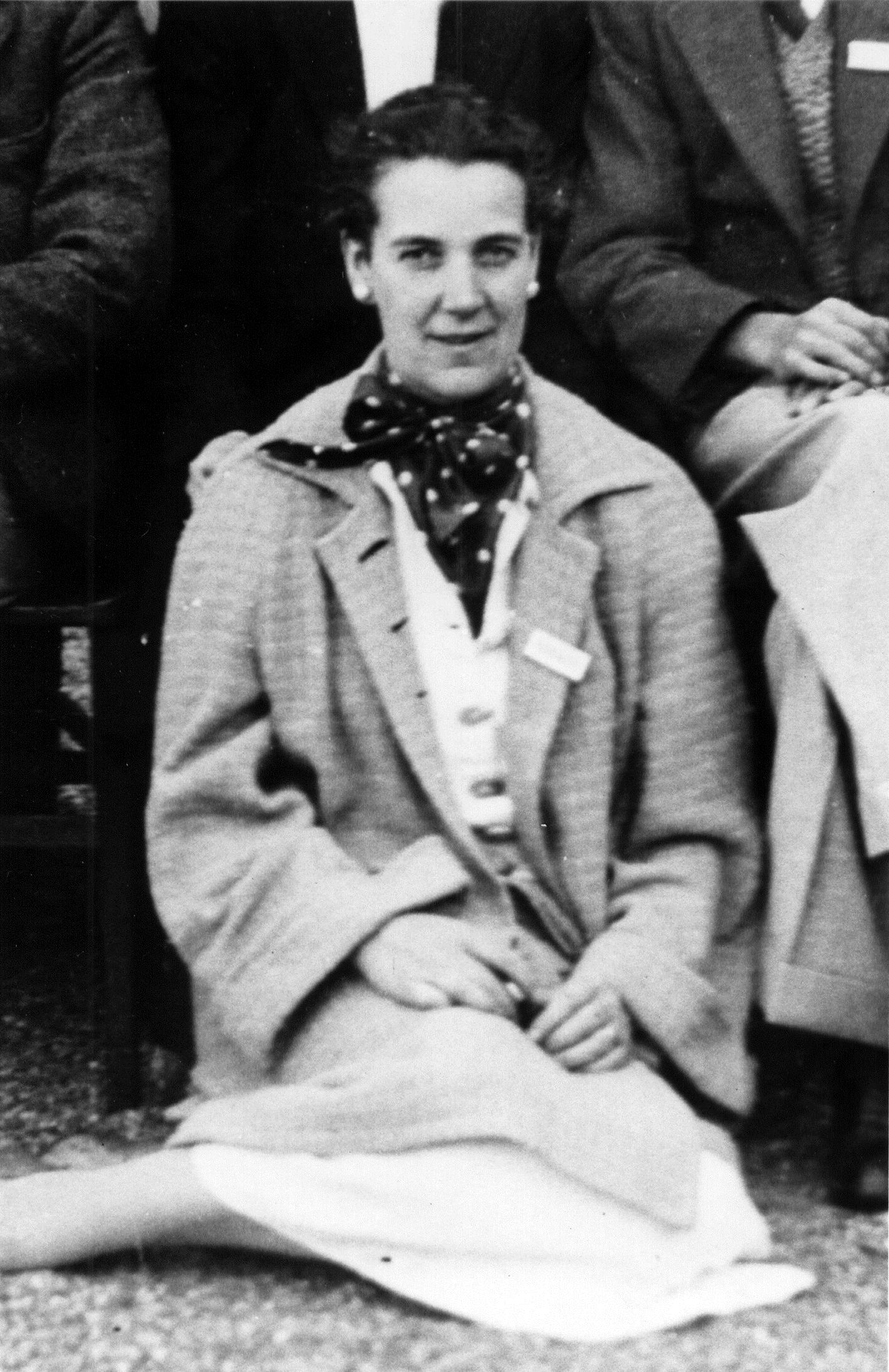