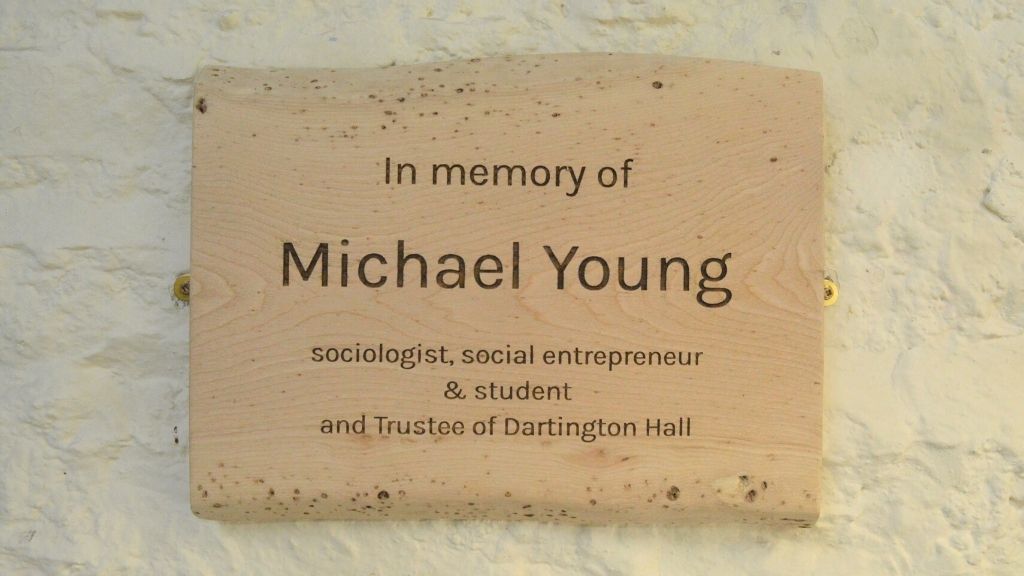 Earlier this month Dartington Trust was pleased to unveil a new commemorative plaque dedicated to Michael Young, the sociologist, social activist, academic, polemicist and the creator of social institutions whose influence has had such a lasting legacy here at Dartington. On Wednesday 15 September, the Trust held an event celebrating Michael’s life and work, and revealing the new plaque in a beautiful wooden-beamed room at the opposite end of the courtyard from the Great Hall. The room itself, formerly known as the Upper Gatehouse, is now known as the Michael Young room, and we look forward to facilitating many conversations, ideas and projects in Michael’s honour in the years to come.

The dedication to Michael is engraved onto a wooden plaque of Pippy Ash taken from the estate, and was made by Landworks, an independent charity based here who provide a supported route back into employment and community for those in prison or at risk of going to prison.

We were delighted to be joined by Michael’s daughter, Sophie Young, who gave a short speech in which she paid tribute to the influence Dartington had on Michael, both from his time at the Dartington Hall School in his early years, and throughout his life, returning to live here in the late 1970s while he researched and wrote his biography of Leonard, Dorothy and Dartington, The Elmhirsts of Dartington.

On the day, a discussion was held by leading figures who knew Michael personally or had worked with him on various influential social justice projects. The discussion was chaired by Gerard Lemos, former Dartington Trustee and a co-author and colleague of Michael’s, and it covered areas including family, community and race; education; and social entrepreneurship, as well as Michael’s ideas of meritocracy and inequality – and its strong contemporary relevance. 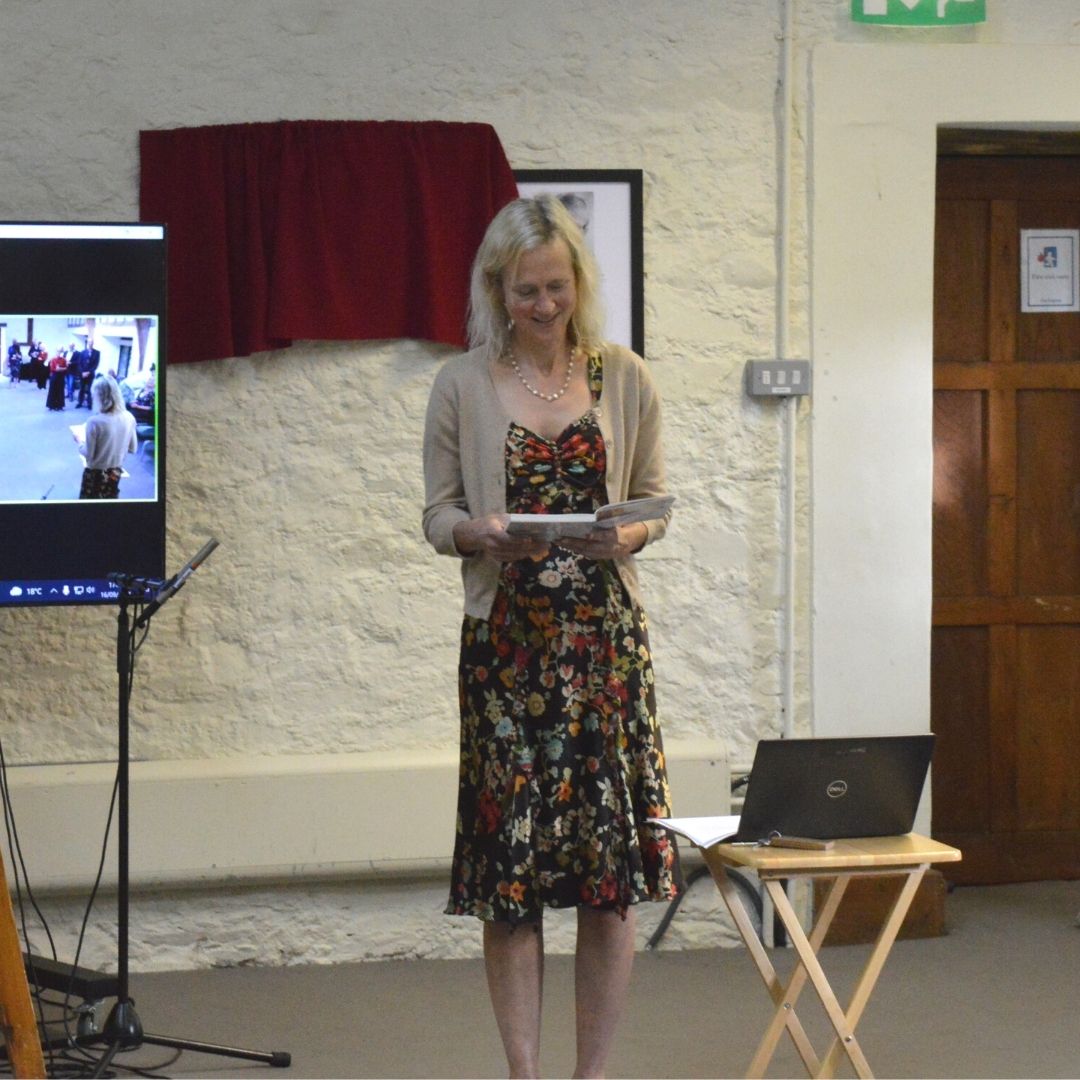 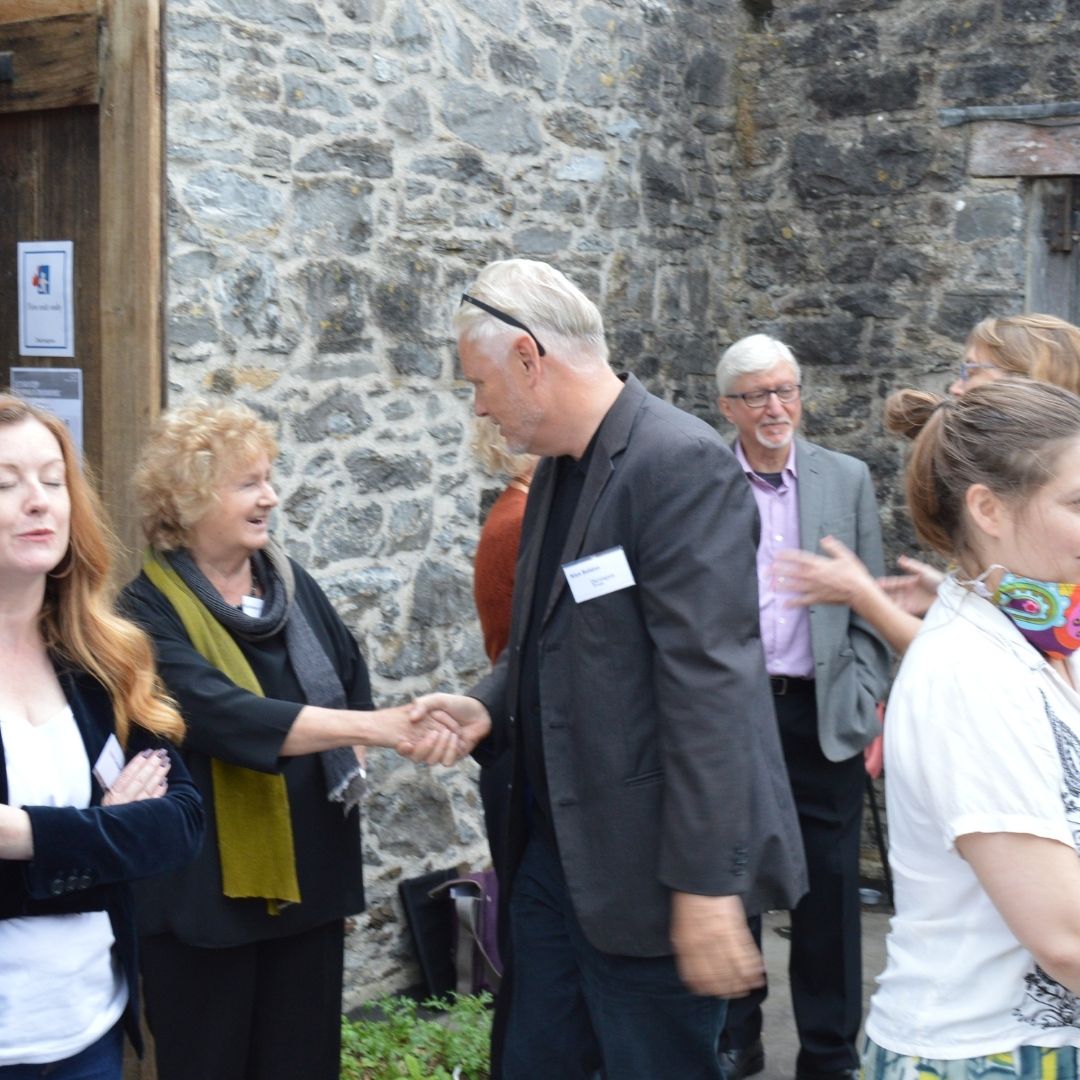 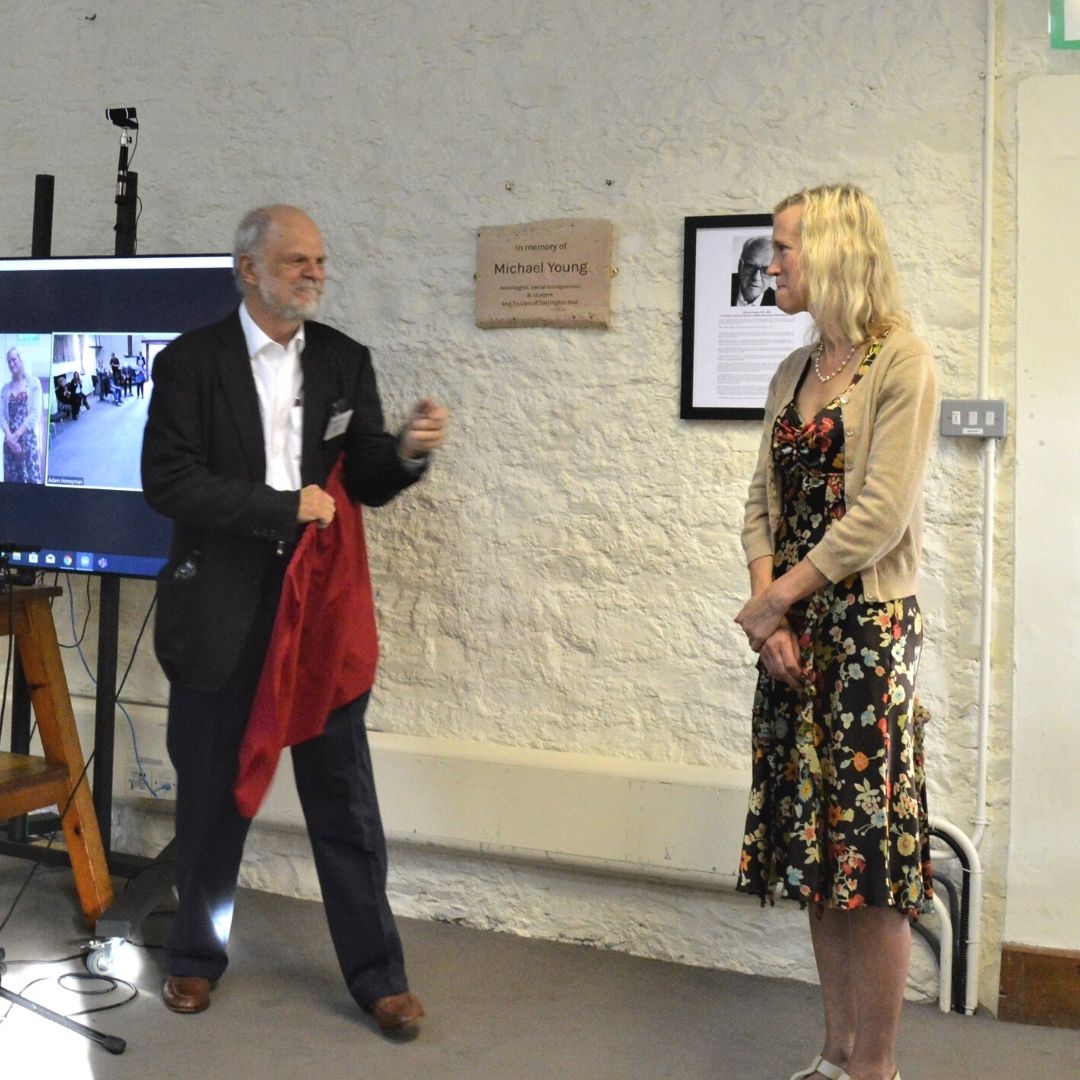 The plaque is accompanied by a short piece giving an overview of Michael’s life and achievements, which we reproduce here in full.

“Go for it. That is my message to you of the next century, from me in this century. The resistance to new ideas will be much the same – and the means to overcoming it will be the same. You will need all the guile you can muster and all the persistence. Believe in yourself! Go for it!”

– Michael Young, addressing students from The School of Social Entrepreneurs in 1999

Michael Dunlop Young was a sociologist, social activist, academic, polemicist and the creator of social institutions. He is recognised as one of Britain’s most creative and influential social innovators and visionaries. He had an immeasurable influence on British public life.

Michael was born on 9 August 1915 and first attended Dartington Hall School in 1929. When his grandfather was unable to fund Michael’s place beyond his first year of study, Leonard and Dorothy Elmhirst waived Michael’s fees and welcomed him as an extra member of their family, as they did for many others.

Michael left Dartington Hall School to read economics at the London School of Economics, qualified as a barrister, and later gained a PhD in Sociology. He began working as director of Political and Economic Planning, an influential think tank that had been co-founded by Leonard.

Later, as Secretary of the Labour Party’s Research Department, Michael was the chief architect of the Party’s 1945 manifesto, ‘Let Us Face the Future’, which laid the foundations for the NHS and welfare state. Some of that work was completed here at Dartington, with Clement Atlee coming down to meet Michael on the estate.

In 1954, Michael founded the Institute for Community Studies, from which he conceived and fostered organisations and initiatives to combat unmet social needs. The Open University, Which? and the School for Social Entrepreneurs were all born from the ICS. He was the first Chair of the Social Science Research Council and was the Chairman of the Social Democratic Party’s think tank the Tawney Society. He was a fellow of Churchill College, Cambridge, from 1961 to 1966, and President of Birkbeck, University of London, from 1989 to 1992.

His many published works were no less significant in their impact on public life. In his 1958 work, ‘The Rise of Meritocracy’, Michael coined the term ‘meritocracy’. The work, which warned of the consequences of a new educational elite and the potential for widening socio-economic inequality, was hugely influential. In the previous year, he had also co-authored ‘Family and Kinship in East London’ – a sociological study of a working-class community and the effects of the post-war governments’ social housing policies.

Despite having such a rich and varied career, Michael retained a strong and life-long connection to Dartington. The Elmhirsts – and their philanthropic charity, The Elmgrant Trust – contributed financial backing to many of the organisations with which Michael was involved. He was a Trustee of The Dartington Hall Trust for many years and, in the late 1970s, he returned to live at Dartington while he researched and wrote his biography of Leonard, Dorothy and Dartington, ‘The Elmhirsts of Dartington’ – still the definitive record of their lives and the early history of Dartington Trust.

In 1978 Michael was ennobled as Baron Young of Dartington in the County of Devon.