You’ve probably heard that Bong Joon-ho’s Parasite was the first foreign language winner of the Best Picture Oscar. But did you know that – at the time of writing – it is being beaten only by The King’s Speech for post-win ticket sales?

The fact that the film is succeeding financially as well as critically could be a welcome wake-up call for the Oscars themselves. The awards season this year has supposedly been geared towards sustainability but when the nominees were announced there was a sinking feeling that the recycle and reuse philosophy may have made it to the nominees list too.  This was most glaring in the Best Picture category: an old Hollywood cowboy fairytale, a classic on at least its fourth re-make, a gangster film featuring all the usual suspects. Haven’t we seen all this all somewhere before?

But then…the Best Picture gong was actually won by the year’s best picture! 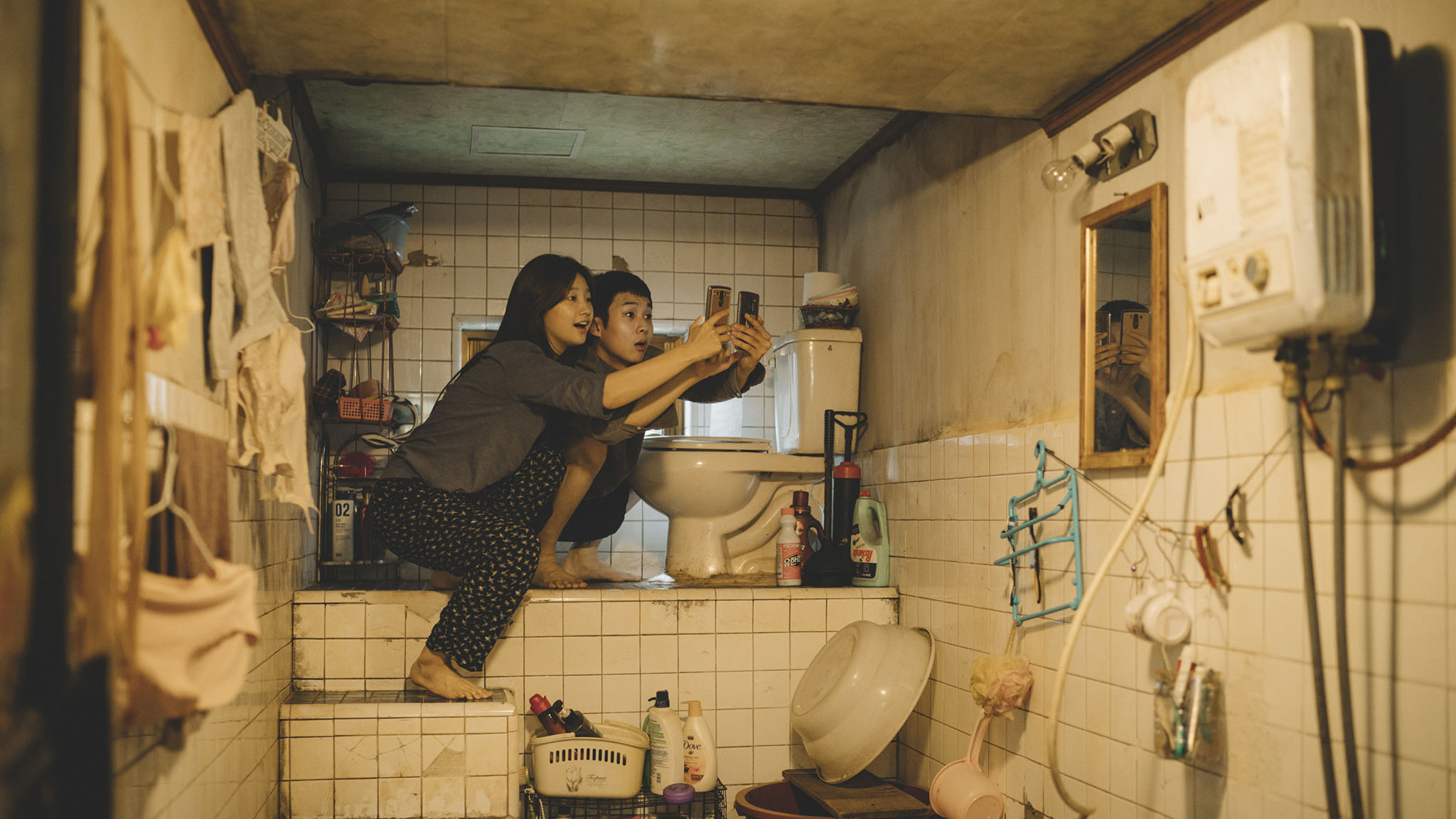 Of cause this is subjective, but the film did score 99% on Rotten Tomatoes, win the most awards throughout the season (127 wins to 1917’s second place score of 79 wins), and was almost universally adored by critics. But still – no foreign language film has ever won the Best Picture Oscar, not even 2018’s big hope, critical favourite Alfonso Cuaron’s (Gravity, Children of Men) painstakingly crafted Roma, losing out that year to Peter Farrelly’s crowd pleasing but problematic Green Book. Sure to go down in Oscars history as one of its lowest moments, this scar left little hope that this could be Parasite’s year.

Any fan familiar with Bong Joon-ho’s fantasy-oriented work on Netflix may be surprised by Parasite, which is a very different animal. Fans may be surprised by the more suburban real life setting, but anyone familiar with his work in his native Korean will recognise the expert tone shifting and a reluctance to be put into any genre boxes. However, whether making films about a dystopian future or South Korean city life, his films still have the same satirical bite springing from a philosophy which defines many of his films. I can see three elements: fear, anxiety and what Joon-ho calls ‘kekeke’ (literally meaning ‘haha’). Joon-ho balances these elements within his scripts to ratchet up tension and then breaks out the humour to help us deal with the first two elements. The closest comparison to be made with Parasite in the English language is 2013’s Stoker. This was a venture into the English language by fellow iconic South Korean filmmaker Park Chan-wook. The themes of a cold rich family living a clean cut life with a dark underbelly, but with flavours of Hitchcock and some daring leaps are really similar.

Joon-ho’s work in Korean has themes that any viewer of Parasite would recognize. Barking Dogs Never Bite has perhaps the most recognisable echoes: petty squabbles of modern life escalating into much more serious situations, but Bong’s work always weaves a story, never quite knowing where the next turn will come or even a total shift in genre. Suddenly you are not watching the same film you sat down to. You’ll laugh, you’ll cry, you’ll jump out of your seat and most importantly, you’ll feel moved.

Class inequality is a recurrent theme in his work. Snowpiercer sees our hero literally battle his way up a train to first class, but in Parasite the metaphor is a little more subtle – for example, the Kim family’s basement flat reflects their status as the literal underclass.

Parasite is a film that ultimately lives up to its name – wriggling in and taking over the Oscars by effectively sweeping all the major non-acting categories against some very ‘establishment’ competition. But it’s not a destructive parasite: it’s a fresh voice that most of Hollywood knows it sorely needs. The sense of positivity and relief at Parasite’s win could be felt in the room with the crowd clapping them on to ignore their play off music during the speeches, Martin Scorsese writing to tell Bong how pleased for him he was and Quentin Tarantino (a long term fan) showing that he was clearly overjoyed.

This win is obviously hugely encouraging to filmmakers globally, but the biggest win in the long run may well be for the Oscars themselves.

Browse and book tickets for our March film programme at the Barn Cinema via this link.