Plea for dog owners to take care around livestock 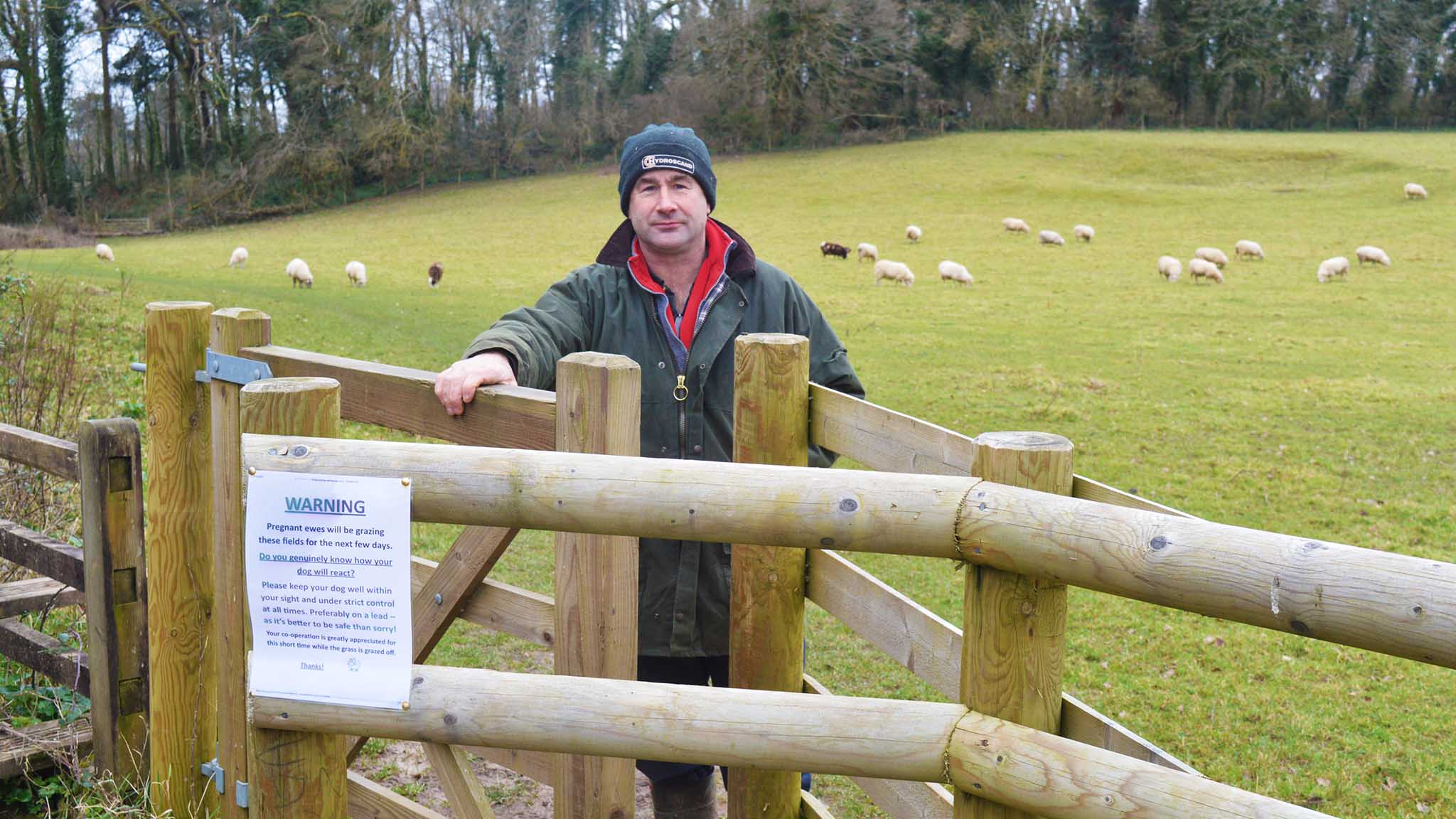 An appeal has been made to dog owners to leash up their pets around livestock after a number of attacks on deer and sheep across the south west.

Farmers say the combination of recent lockdowns and a rise in first-time dog ownership has meant there are many more walkers in the countryside, some of whom don’t realise the harm their pets can do.

Recent figures from the National Sheep Association (NSA) show a significant rise in attacks in the last 12 months – with over 90% of farmers reporting a problem compared to around 70% three years ago.

Jon Perkin, who farms on the Dartington Estate, estimates he deals with one incident every week which also includes vandalism and people playing with their pets in crop fields.

“It’s a mixture of people who don’t understand a few who don’t care,” he said.

“It’s not always dogs attacking sheep.  If ewes are chased when they are heavily pregnant, there’s a chance they will abort their lambs.”

He stressed the vast majority of visitors to the Dartington Estate were really considerate to all the tenants and farmers who lease land to produce food, however he has been shocked at how some people behave towards him when he approaches them.

“I have been hit with sticks, I have had stones thrown at me and I have been spat at.

“This is not about who owns what.  It’s about my livelihood.   If I lose sheep and lambs or people trample on my crops – that’s a drop in my income.” 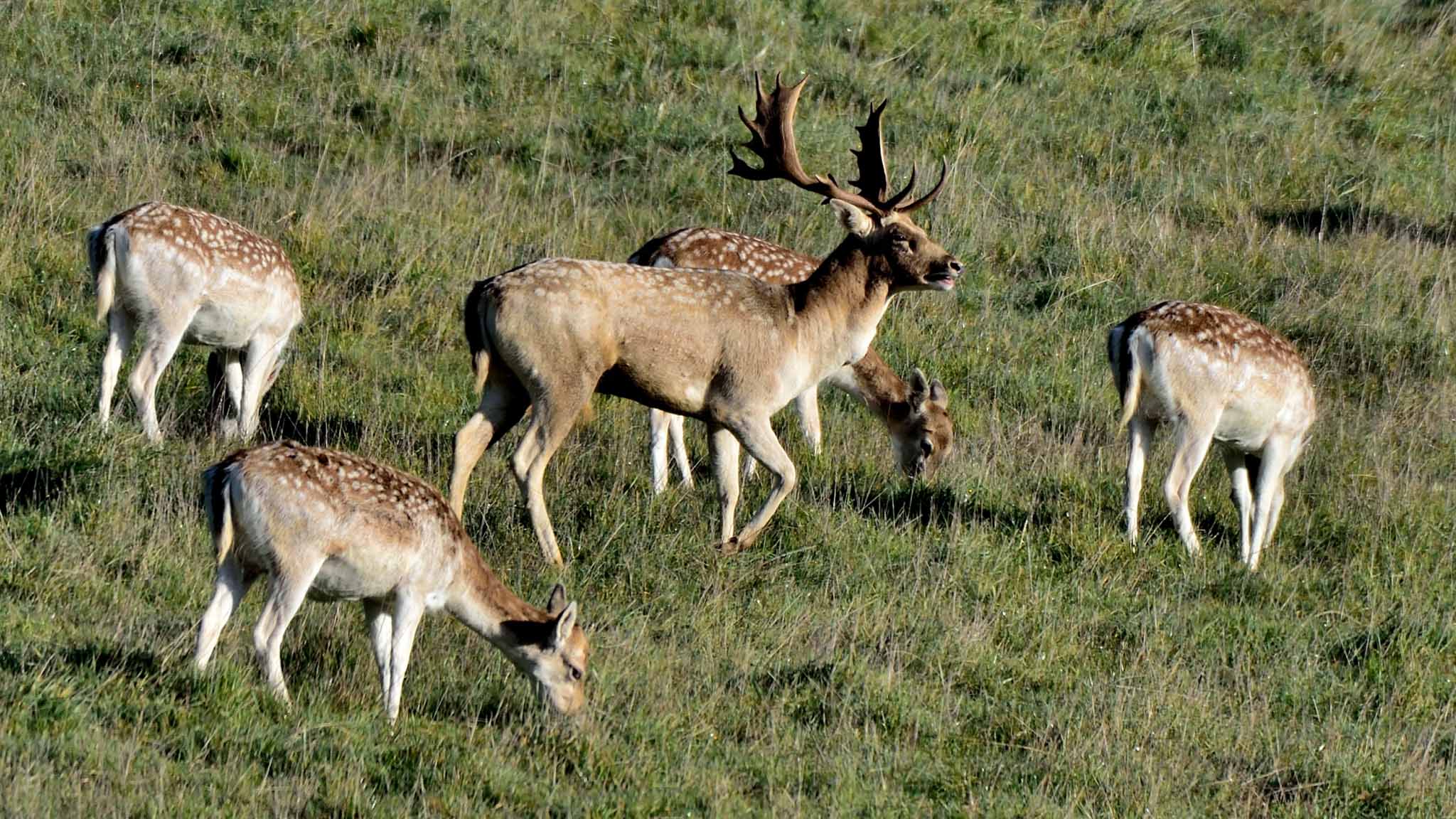 Mark and Victoria Heyes of Wild Hart Venison look after two deer herds at the Dartington Estate and one at nearby Bovey Castle.

They run visitor experiences, when not in lockdown, and produce a variety of venison products.

Despite signs asking walkers to keep their animals under control, they have lost two deer in as many months.  One was brought down in the field and the other was run into a fence and broke its neck.

“I am really concerned,” said Mark, “Because soon our deer will have fawns and they won’t stand a chance against the dogs.

“I’m not sure whether it is new owners who don’t realise they need to keep their dog on a lead or if people just don’t think their dog would do something like that.

“The difficulty is that any dog can get into a frenzy once it starts to chase and instinct takes over and it’s impossible to stop them.”

The average cost of a dog attack to a sheep farmer is over £1,000 resulting from deaths of animals through mauling or as a result of stress.

Former Chairman of National Sheep Association (NSA) Alan Derryman, has been farming in Sidbury East Devon, for 25 years and said he had seen a rise in incidents reported.

“It doesn’t matter what the dog is like at home. People need to realise that any breed of dog can be capable of worrying sheep.”

NSA figures show that typically a farmer can lose up to four animals but last month a dog attack in Wales led to the death of 50 sheep and up to 100 unborn lambs.

Tom Bourne, a smallholder near Yealmpton, who keeps sheep, ponies and chickens, said it wasn’t simply about the money.  Any attack caused a huge amount of distress:

“In the last month alone we’ve had three dog attacks on the sheep and chickens, including one loss of life. These incidents are very stressful for the animals and deeply upsetting for our young children.

“We welcome people walking across our fields, but they have to remember that any dog, however docile, is capable of chasing and attacking what they see as prey animals.”