more people behind the story
Robin Tanner was a Quaker, educationalist, artist, illustrator and etcher.

He was also a conservationist, pacifist and socialist, in the William Morris mould.  Tanner was the son of a Wiltshire joiner and studied at Goldsmiths College, London.  He sympathised with Viennese educator Professor Cizek’s ideas on child art.  After his first meeting with Cizek, Tanner wrote:

“I immediately recognised their grave, un-English, fairytale idiom as something genuine and indigenous to these Austrian children – so utterly unlike the rough Cockney pictures my little boys were making … Seeing these beautiful decorations  – some made as early as 1919 – strengthened the belief, to which my own children were leading me, that we are all born with the attributes of the artist, the designer, the craftsman, we have the power to select, to transmute the ordinary into the memorable, to see the world imaginatively or, as the poet Rilke expressed it, ‘to re-enkindle commonplace’ (sic)”

Tanner first taught in the deprived area of Greenwich and began to study printmaking and by 1927 had taken this up as a career.  During the next three years Tanner produced some of his finest prints, for example, Martin’s Hovel, 1927, and Harvest Festival, 1930.  However, by 1930, the print market was collapsing and so he returned to teaching.

During this time he was able to implement the ideas he shared with Cizek as well as absorbing the writing of Morris and Morris-follower and architect, William Lethaby.  Through Cizek’s ideas, Tanner exploited children’s innate sense of pattern and the excellent results that followed formed the basis of an exhibition of their work at a teacher’s conference in Sheffield in 1936.  So great were the children’s achievements that there were accusations of falsification.

In 1935 Tanner joined the school inspectorate of the Ministry of Education and remained a member until 1964.  He was instrumental in organising courses for arts and crafts in education for both primary and secondary schools.  These courses, which started in the 1950s, were held annually at Dartington.  As a founding Trustee of the Holburne Museum in Bath, Tanner also enabled the Crafts Study Centre to acquire vital collections of textiles and pottery.

Tanner continued to produce etchings during his time as a schools inspector but it wasn’t until the 1970s that he resumed this as his career; his last etching completed only weeks before his death.

Among his outstanding achievements are the illustrations he created for his wife’s books.  Tanner met his wife-to-be Heather when he was just 14.  At the outbreak of World War II, they adopted a German-Jewish refugee, Dietrich Hanff. 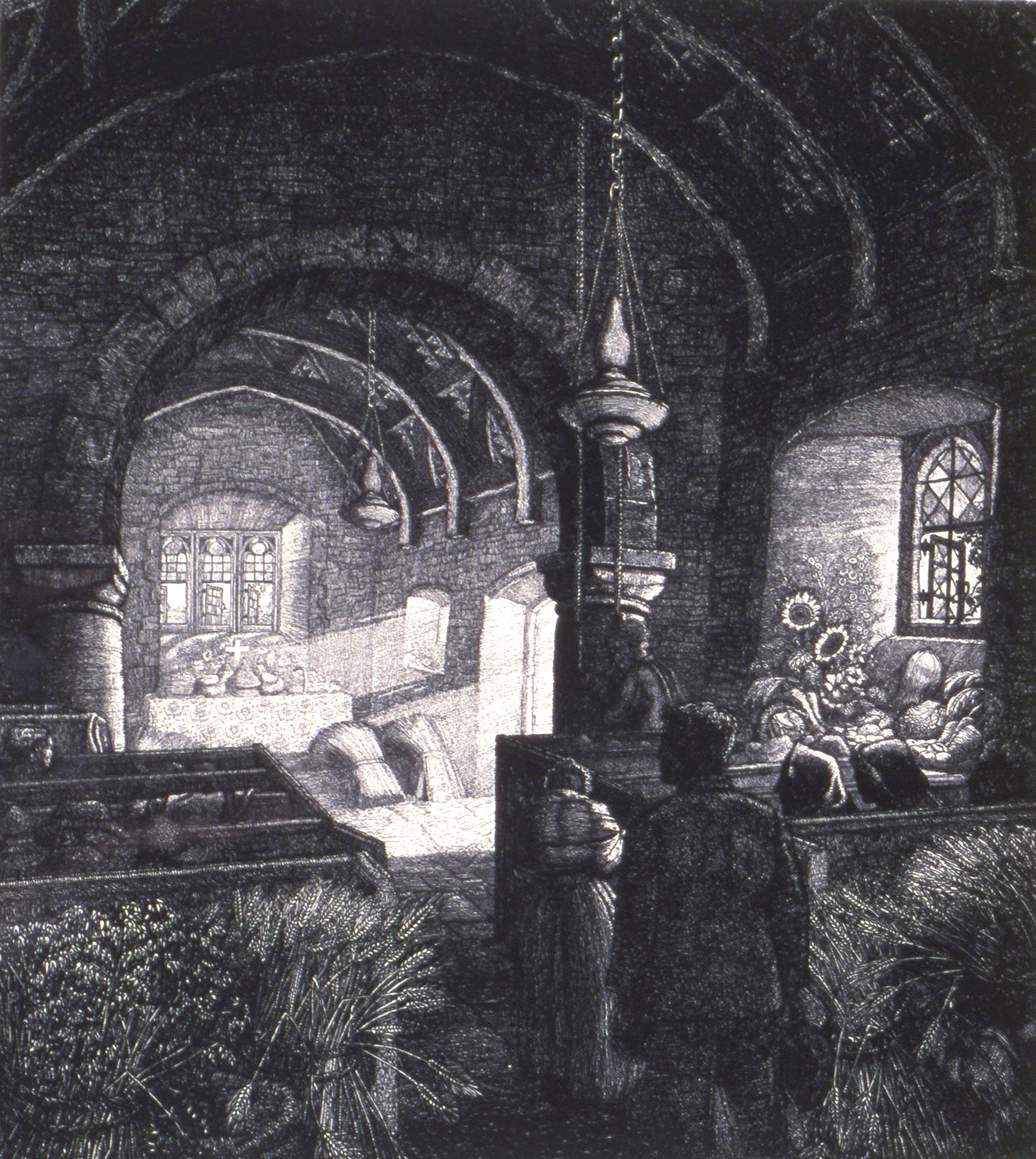