more people behind the story
Roy Truby was a talented musician and teacher at Dartington for very many years, having arrived here from teaching in Launceston, Cornwall.

He started as assistant music teacher to Tim Moore, then Director of Music at Dartington Hall School, and after some years became a lecturer at the College, a post he remained happily in for the rest of his life.

Roy was married to Olive and they had two children, Helen and Paul, who became pupils at Dartington School. Peter Cox, the one-time Principal of Dartington College of Arts, described Olive as:

“…the most loyal of wives, self-effacing, loveable and supportive person who ran the College’s Music Library for many years from even before Roy joined the College staff.”

In his time at the College Truby fired tremendous enthusiasm amongst students and fellow musicians for Early Music, and the harpsichord in particular, working alongside John Wellingham who was also a lecturer here at the same time.

In his quest for furthering interest in this area, he produced three volumes of early Spanish Keyboard Music with Professor Barry Ife, brought some of the most eminent players of the day to the Great Hall for the most memorable concerts, including Gustav Leonhardt, and produced whole generations of students who went away with an encyclopaedic knowledge of, and enthusiasm for, all things pre 1800.

In his role as a tutor in the music department, he was once seen to stuff an entire handkerchief into his mouth during a class, trying desperately not to burst into fits of laughter at the rather comical attempts of one particular student to conduct a small group of fellow students in a recitative from Haydn’s Creation. On another occasion, when the class was very soporific and lacking any signs of life, he suddenly stood on his head in the corner of the studio and proceeded to direct things from there. It worked!

Apart from being a brilliant harpsichordist, he greatly enjoyed playing the trombone and table tennis. However, neither of these reached the heady heights of his keyboard accomplishments. 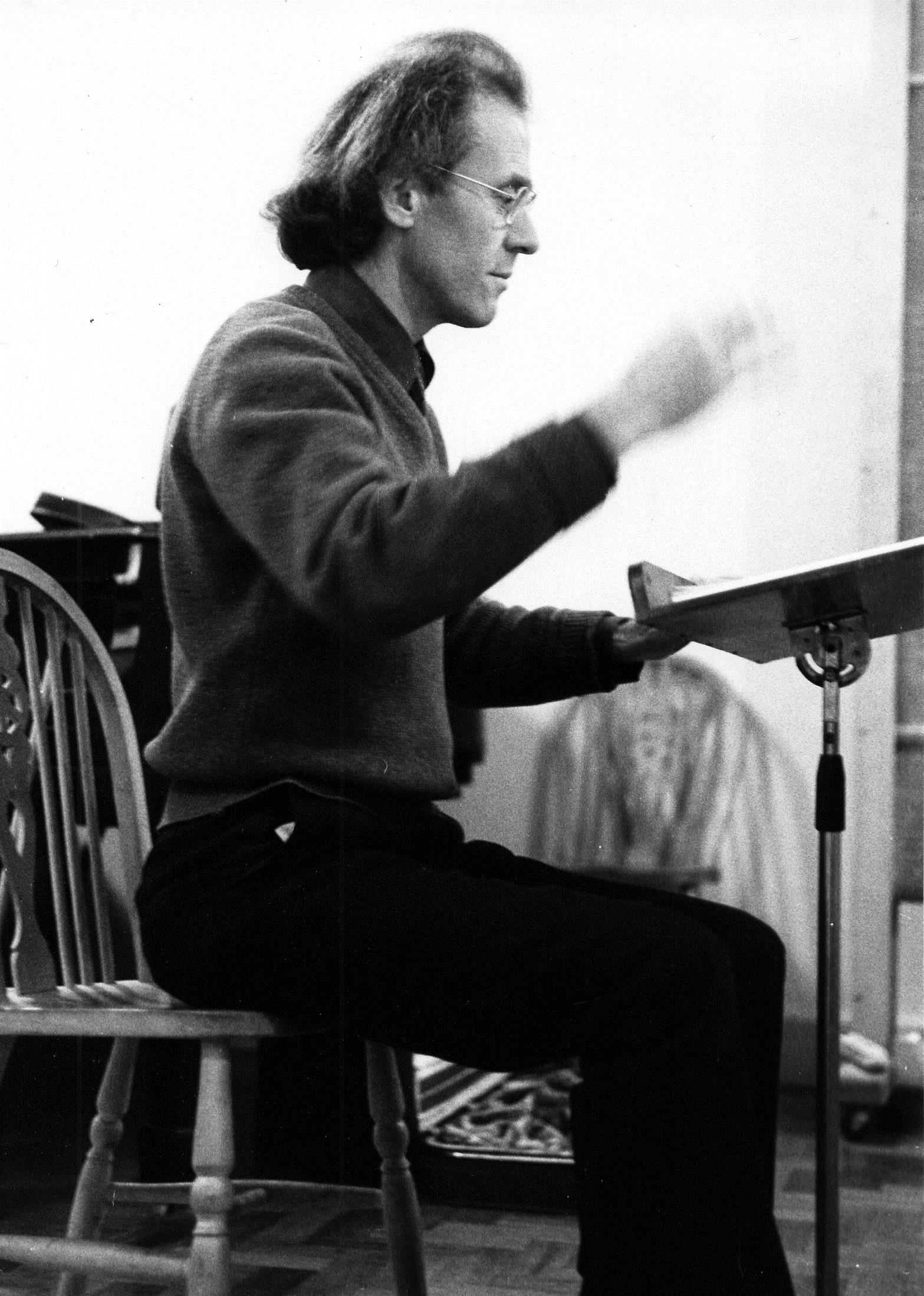