more people behind the story
William Weir (1865-1950) was the craftsman-architect responsible for the reconstruction of the roof of the Great Hall at Dartington.

He was recommended to Leonard Elmhirst by Lord Sandwich and was employed on the estate between 1926 and 1932, after which he became an occasional consultant until 1938.  The Dartington project engaged was probably the finest achievement of his professional life.

The appearance of the buildings around the courtyard was very different from today.  There was an air of depression and dereliction, most particularly the Great Hall, which was at that point roofless.  The roof had been pulled down in 1813 by the then owners the Champernownes when it had become dangerous and there had not been sufficient money to reconstruct it.  However with the new prosperity brought about by Dorothy’s fortune, everything became possible.

Weir had been a pupil and associate of Phillip Webb and William Morris and was rooted in the Arts & Crafts Movement.  There were no drawings in existence for the roof but the outline of the timbers could be traced in the plasterwork of the dias wall of the Great Hall.  Solely from this source, Weir devised his scheme for the present hammer-beam roof.

“He had in fact begun work on a hammer-beam roof design, and made various sketches for the curved braces, as early as 1927. […] the roof timbers had been stacked, all of them cut from trees sawn on the estate and collected outside the present White Hart Bar, where they had been seasoning for three full years […]”

Although the roof of the Great Hall is certainly Weir’s most dramatic achievement at Dartington, he also restored the Solar and created the White Hart dining room from the virtual ruin of the medieval kitchen.

Leonard Elmhirst delighted in Weir’s masterly craftsmanship and spent time accompanying him to the estate woodland in search of timber and wrote this affectionate description of Weir some years later.

“… that diminutive Scot in action, his cat-like figure moving up and over  scaffolding, as he applied his broad grasp of mediaeval design and gave intimate attention to the smallest detail; how his keen eye would often twinkle with appreciation of honest and solid craftsmanship …” 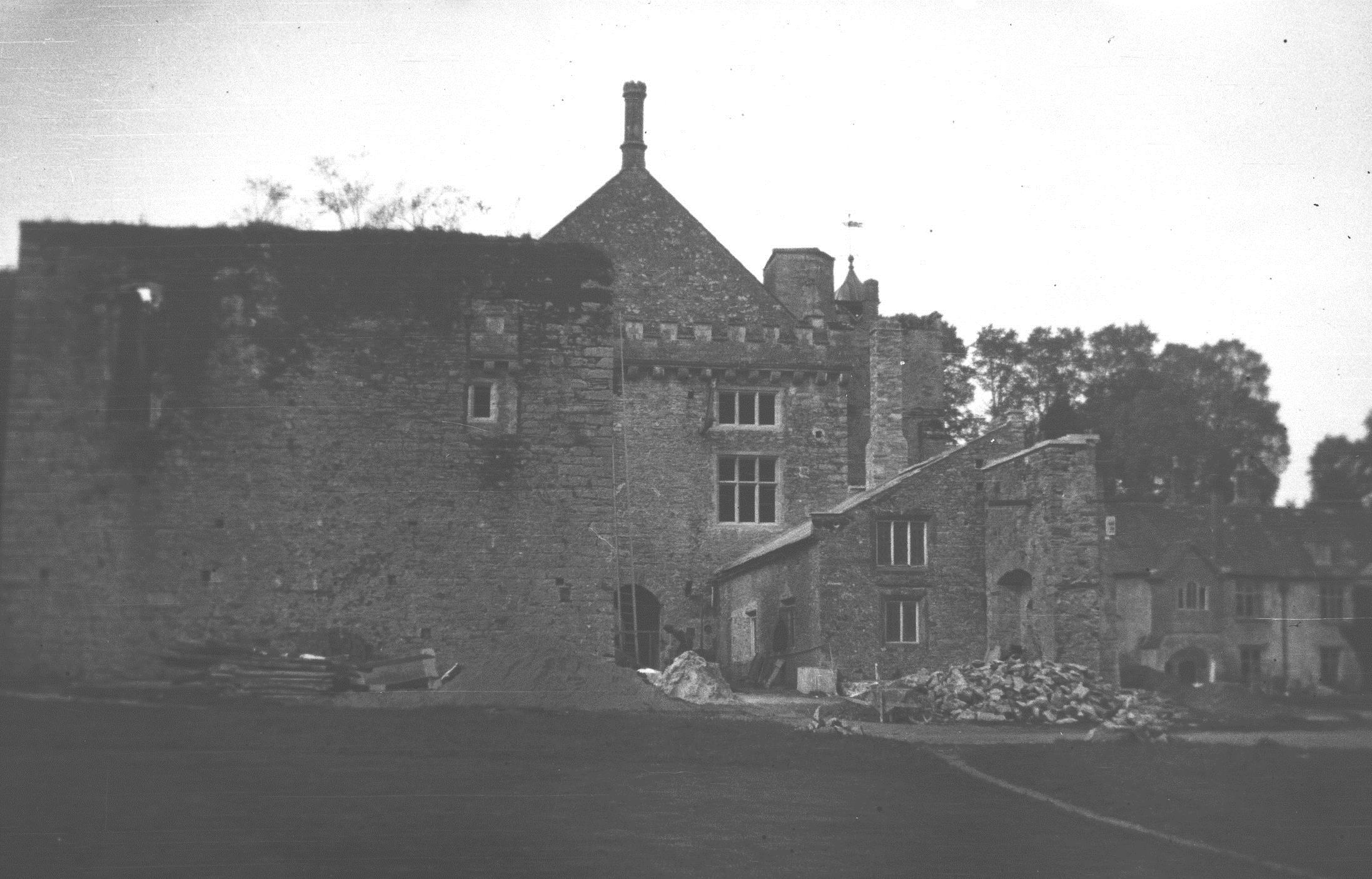