Experience a sense of tranquillity at our impressive Grade II* listed gardens, which have been shaped and inspired by the remarkable custodians of this special place for over 1,000 years. On your visit to the 26 acres of tended grounds, you’ll find a range of stunning features with beautiful vistas and creative sculptures, including ancient trees and impressive plant species.

Our gardens team have been working hard to bring some of the hidden secrets of the gardens to life. On arrival, you’ll pick up a beautifully design gardens guide (included in the ticket price), and there’s also an activity trail for children to engage in with hidden paths to explore. Stay awhile and enjoy delicious food from The White Hart Restaurant or The Green Table café.

Read on for more about what to expect on your trip. Finally, we want to say THANK YOU. By visiting, you are providing crucial support for the upkeep of our gardens, and helping our small but dedicated team improve and preserve this remarkable place for generations to come. 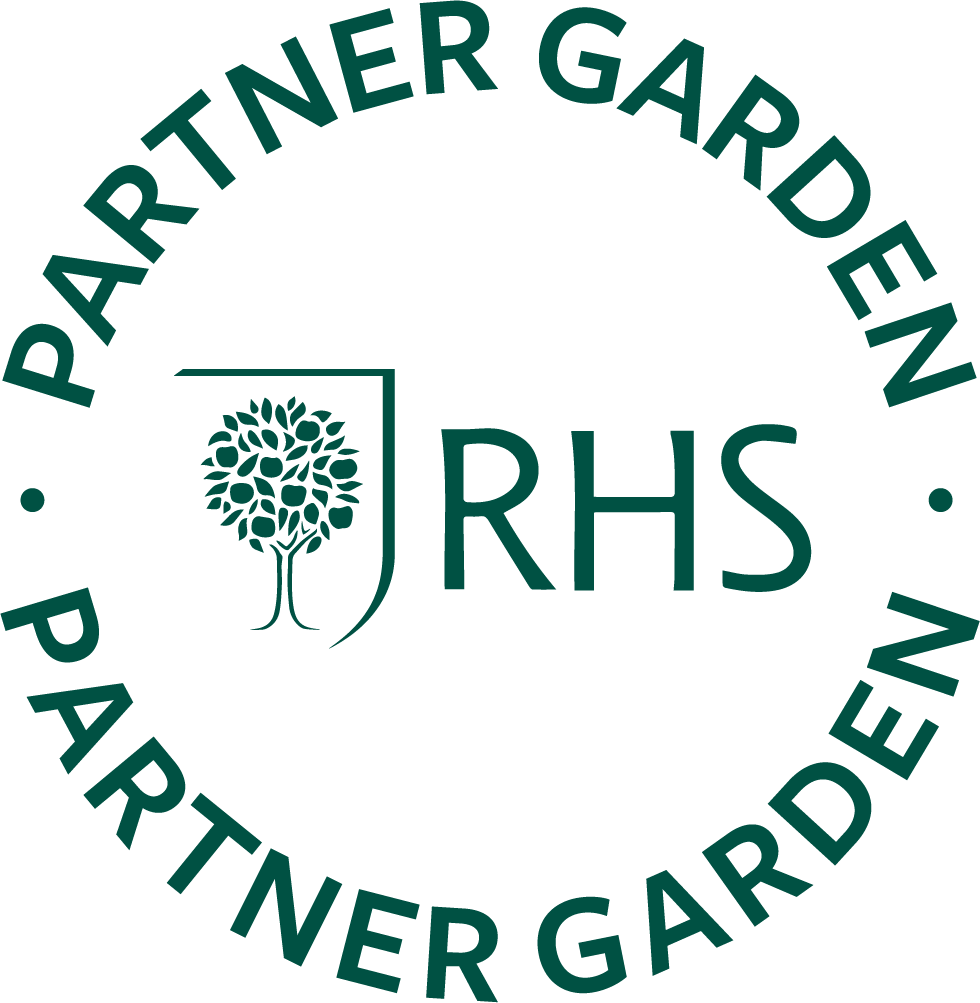 (You can arrive at any time on the day you book)

Dartington Members (plus one guest): Free
Click ‘BOOK NOW’ and add tickets to your basket as normal; your membership discount will apply automatically during checkout. More about Membership >

See below for full dates and details.

Please select the appropriate option during booking. We may ask for proof of concesssion eligibility on arrival.

If you are a resident in a TQ postal code area, over 65, are booking for 10 or more adults, or hold a Blue Light Card, chose a concessionary ticket type during checkout.

Free entry is also available to carers, those on income support, and a variety of other groups - click here to show details

Please note that if you qualify for free gardens entry via one of the below criteria, you will need to book tickets on arrival (online booking unavailable).

If there are 10 or more adults in your booking, all visitors qualify for the concessionary rate (please choose the concessionary adult ticket type when booking). For coach parking queries, please contact carparking@dartington.org.

Families can enjoy our all-new children’s nature trail within the gardens, with inspired nature activities including bug hotels, den building and more.

Our gorgeous new trail map included in your ticket price – make sure you pick one up on arrival!

Join one of our highly popular, volunteer-led Garden Tours (duration: 90 minutes) to learn more about the heritage, beauty and historical features of the Gardens.

Tours take place every Friday at 11am. They are FREE with your Gardens ticket – just add them to your basket during the checkout process when prompted.

We are hugely grateful to our wonderful volunteers for offering these tours. 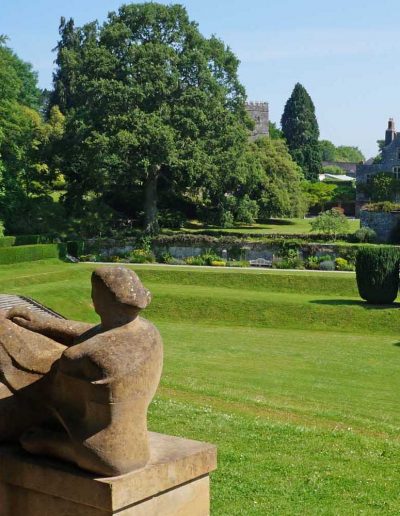 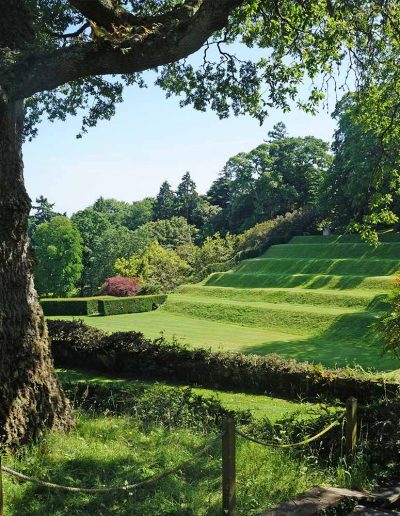 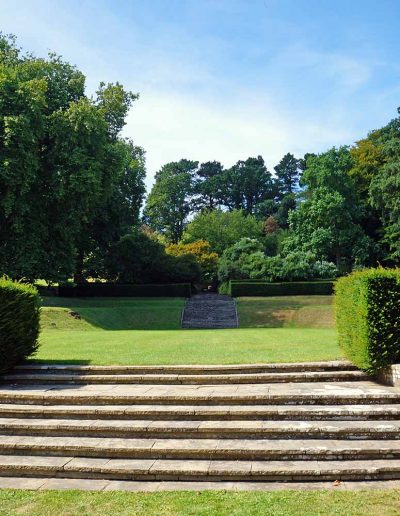 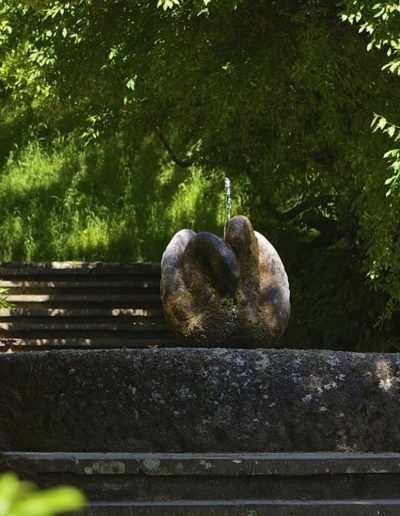 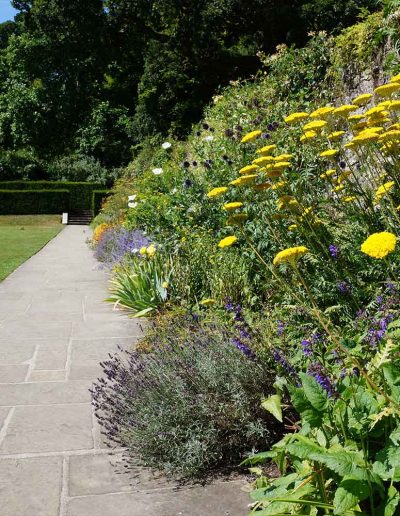 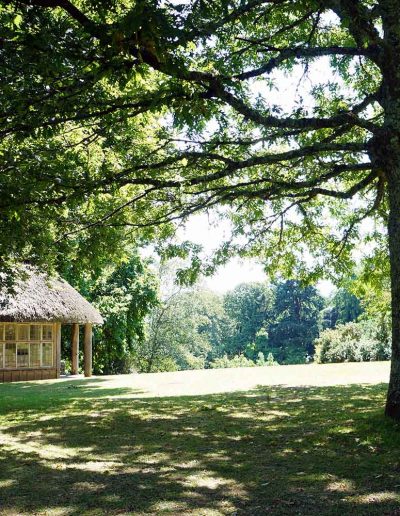 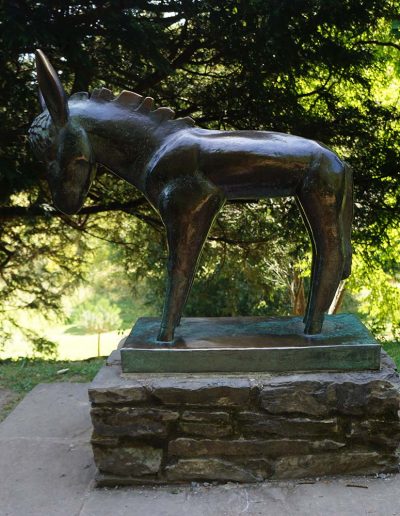 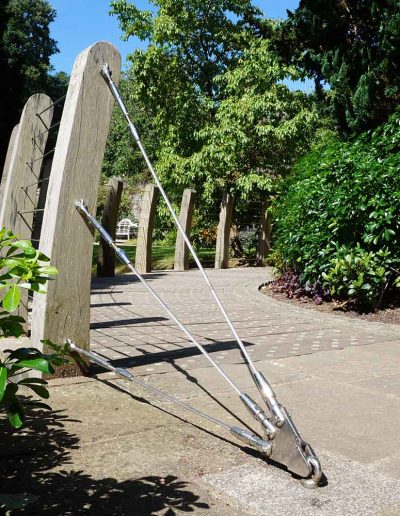 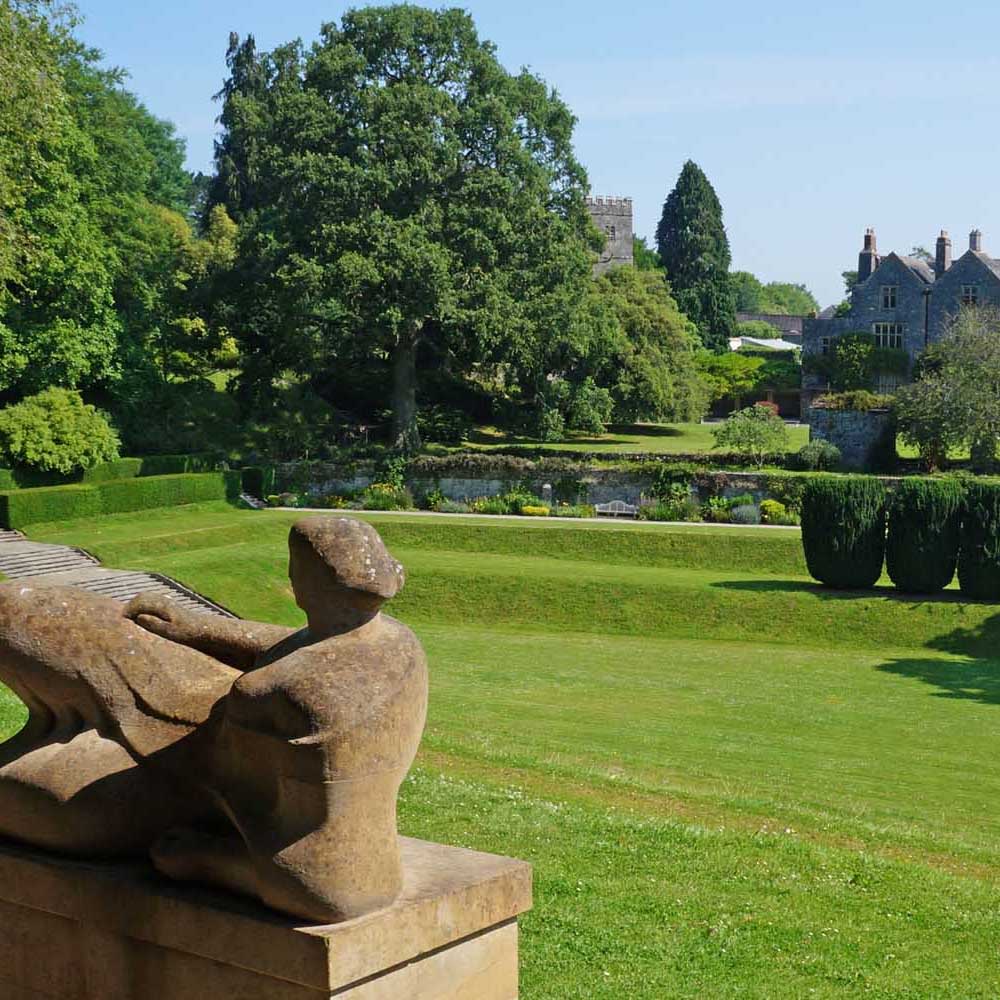 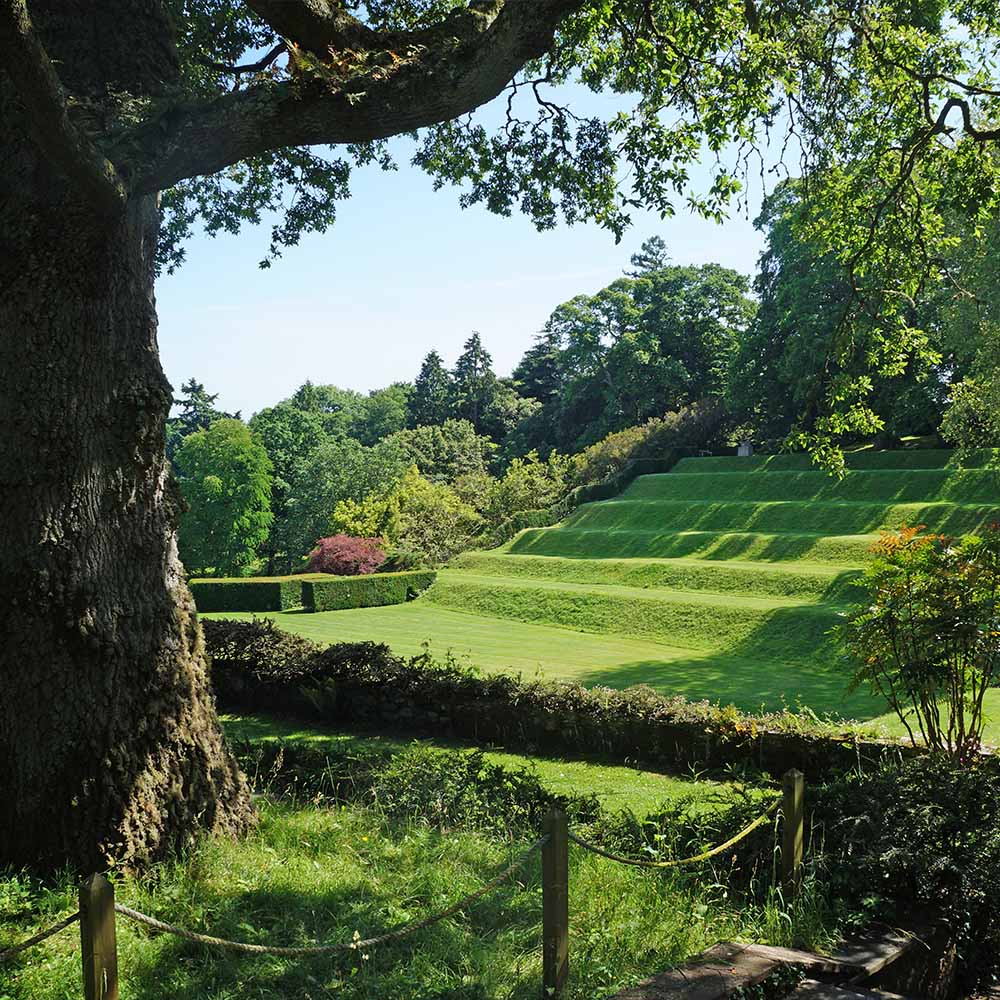 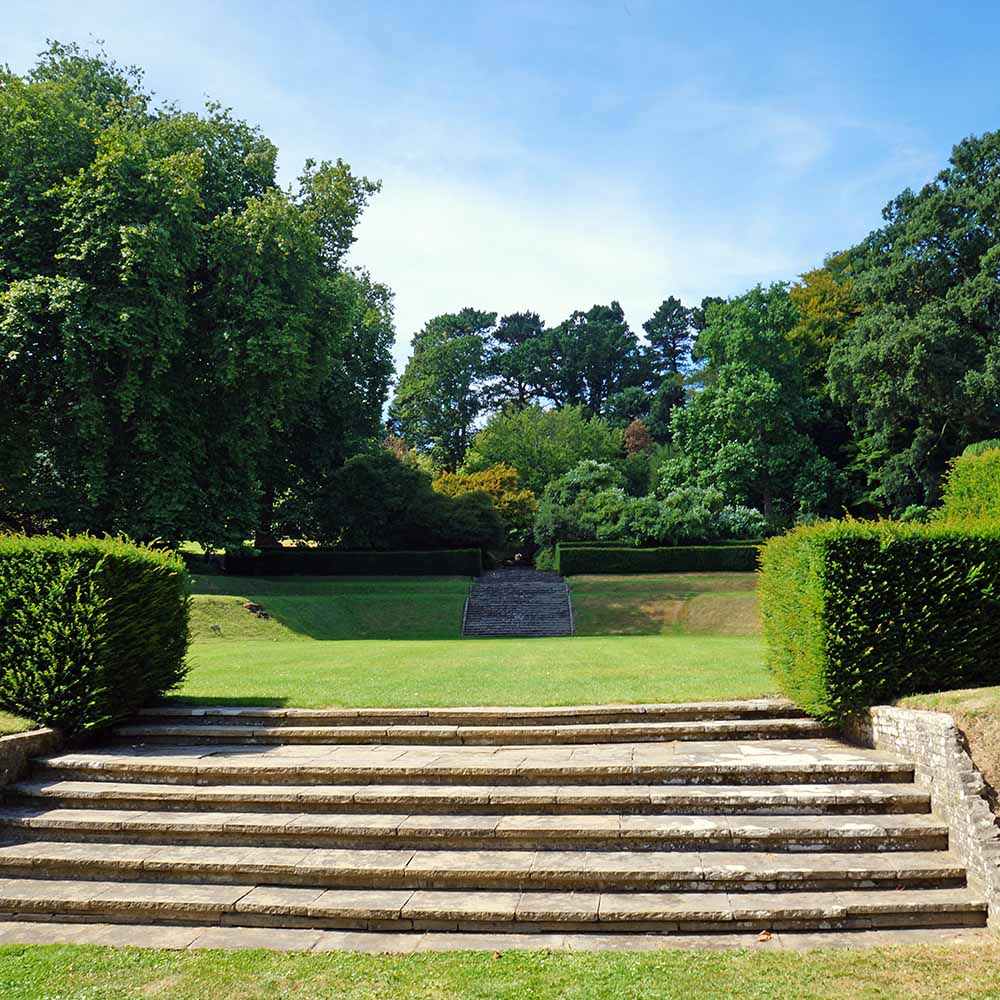 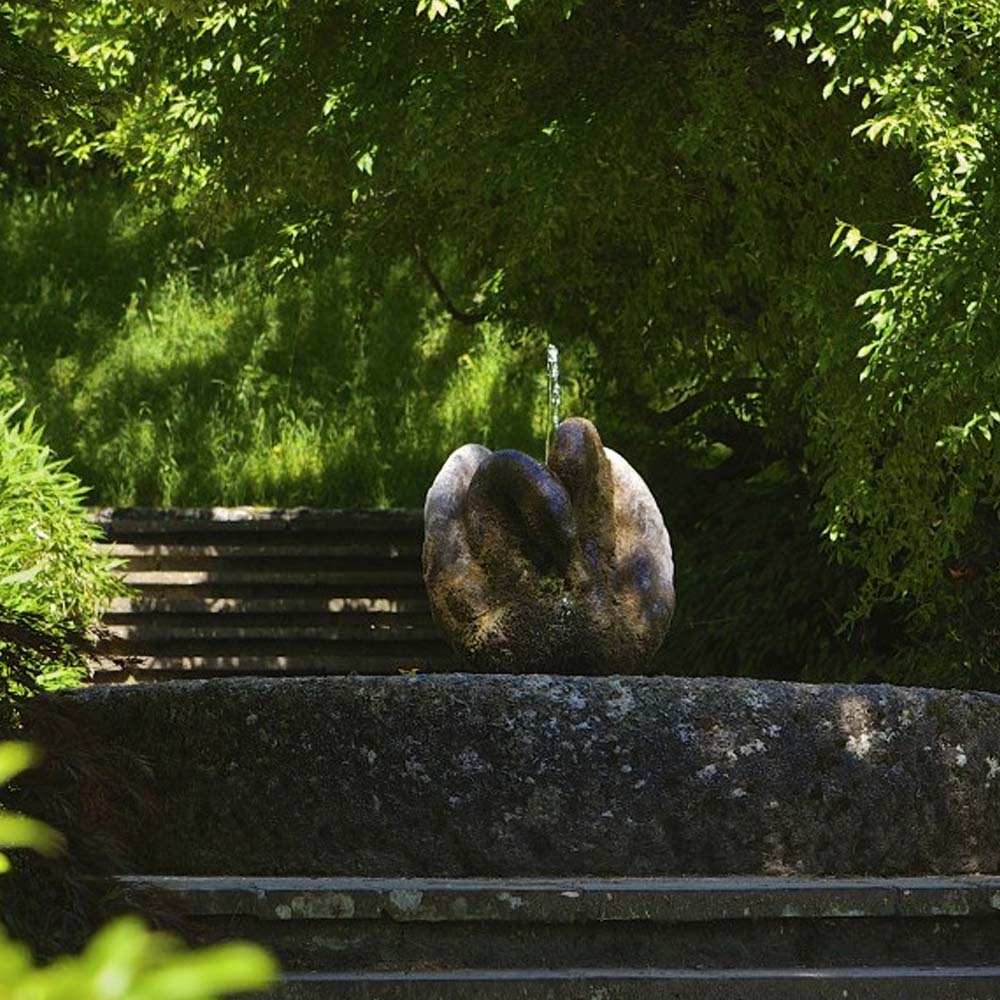 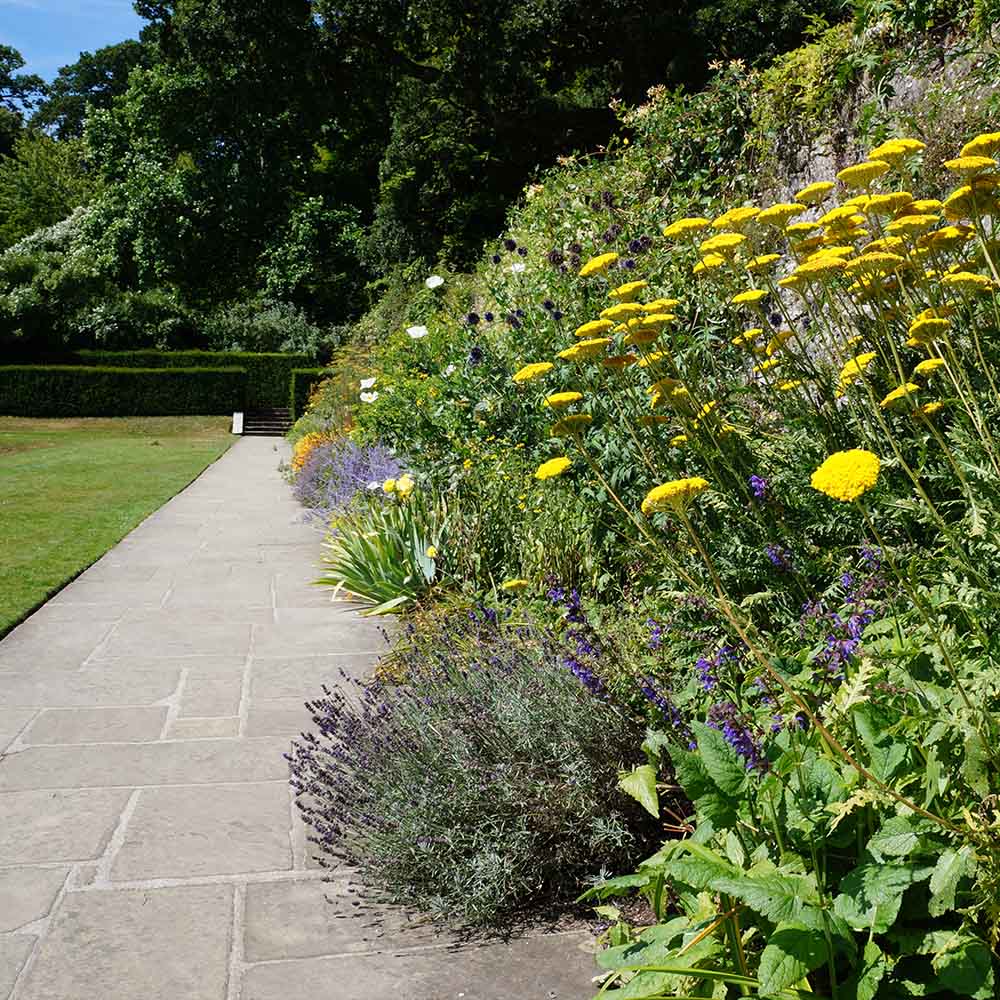 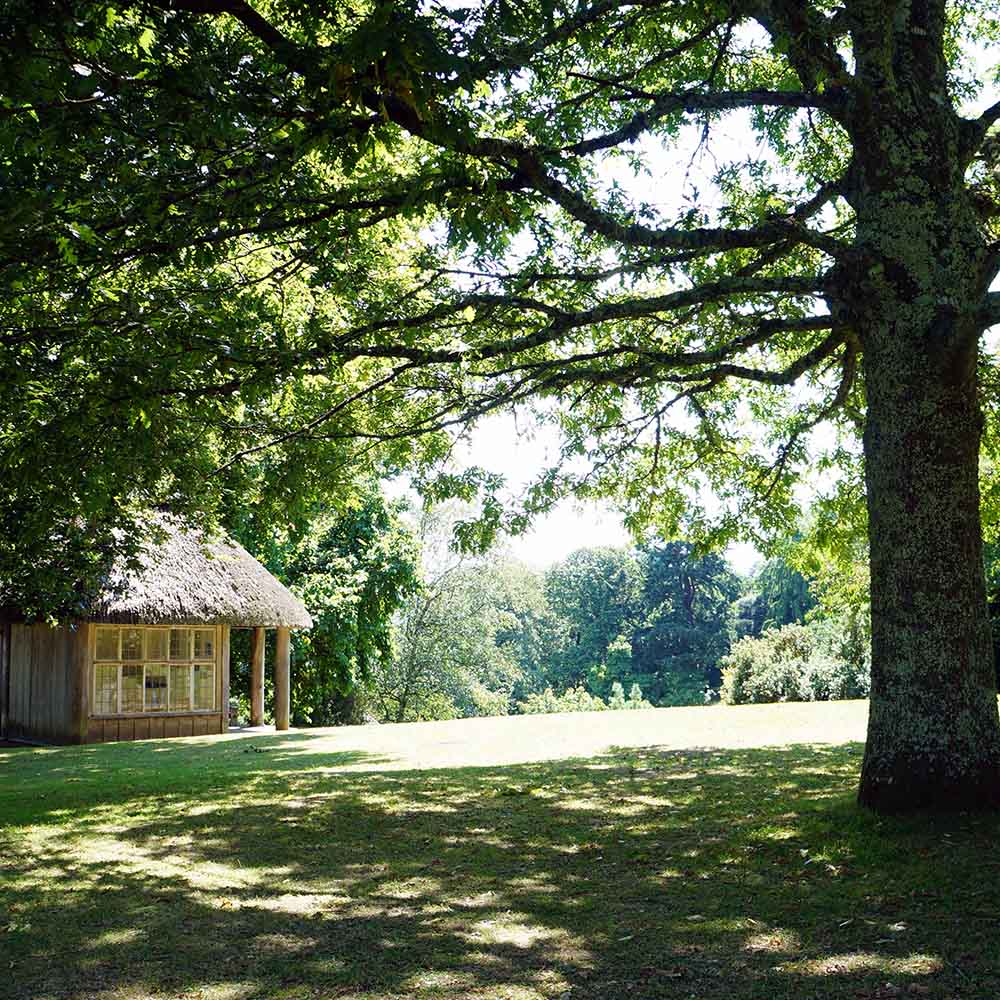 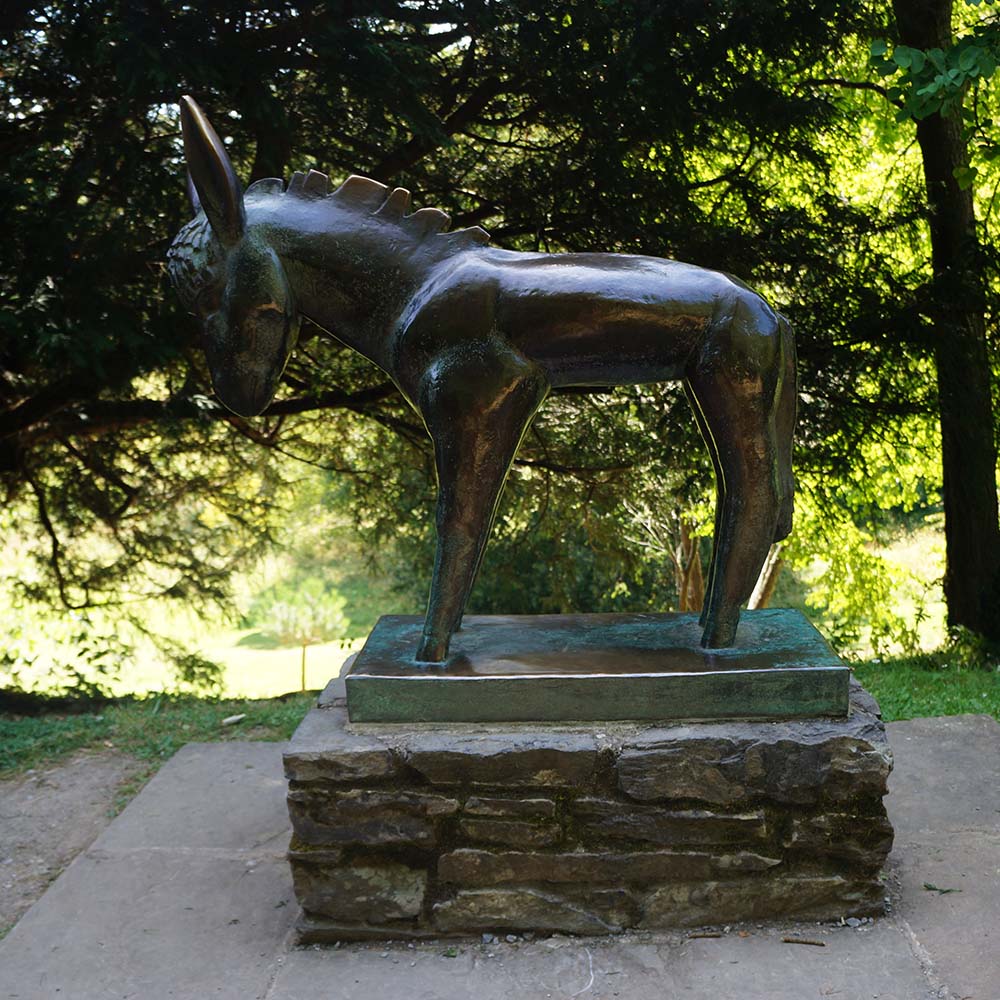 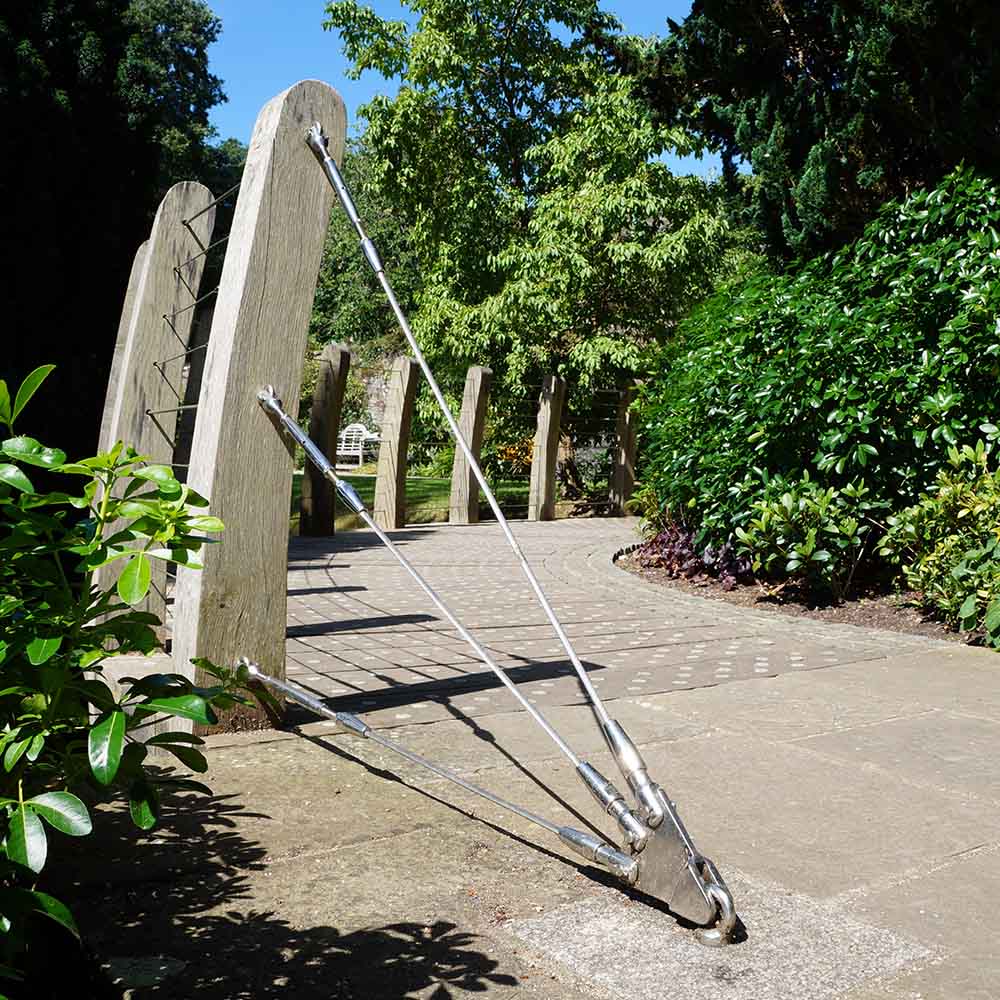 The gardens once had a formal Victorian design, but in 1925 the Elmhirsts, together with their designers, began developing the gardens to have a sense of natural wilderness, including mossy paths, fern-covered stone walls, and banks of spring flowers.

They brought over acclaimed garden designer Beatrix Farrand from the United States in the 1930s, with the gardens the only example of her work outside America. She was followed by Percy Cane, who worked on the gardens until the 1960s. The Elmhirsts also commissioned sculptures, such as Henry Moore’s Memorial Figure, and opened up vistas, creating a timeless quality of tranquillity and peace.

The gardens are both rich in history and home to some of the most impressive champion trees in the region. They boast ancient trees including the oldest living resident of the gardens, a 1500 year old yew tree, and a line of sweet chestnuts believed to be over 400 years old.

Since the 1930s, the Dartington Trust has looked after the gardens. They are carefully tended to by a team of gardeners, assisted by volunteers. 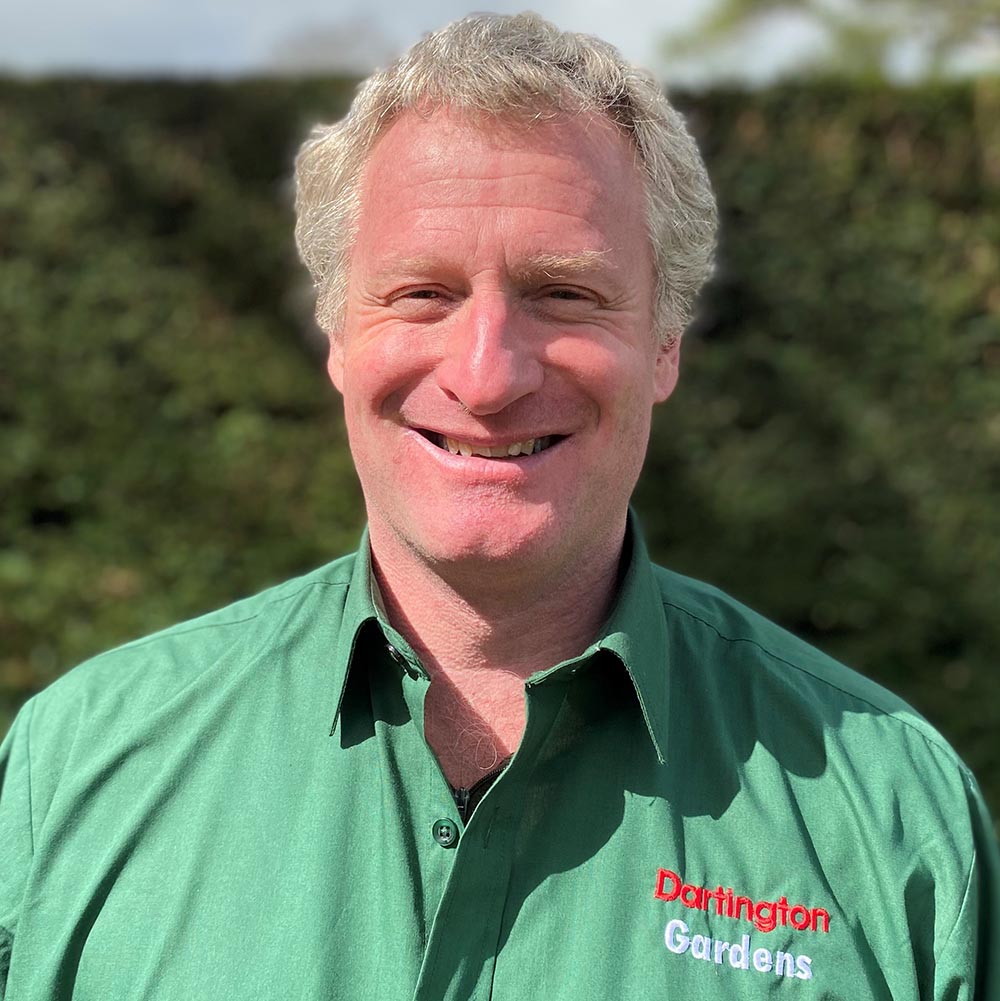 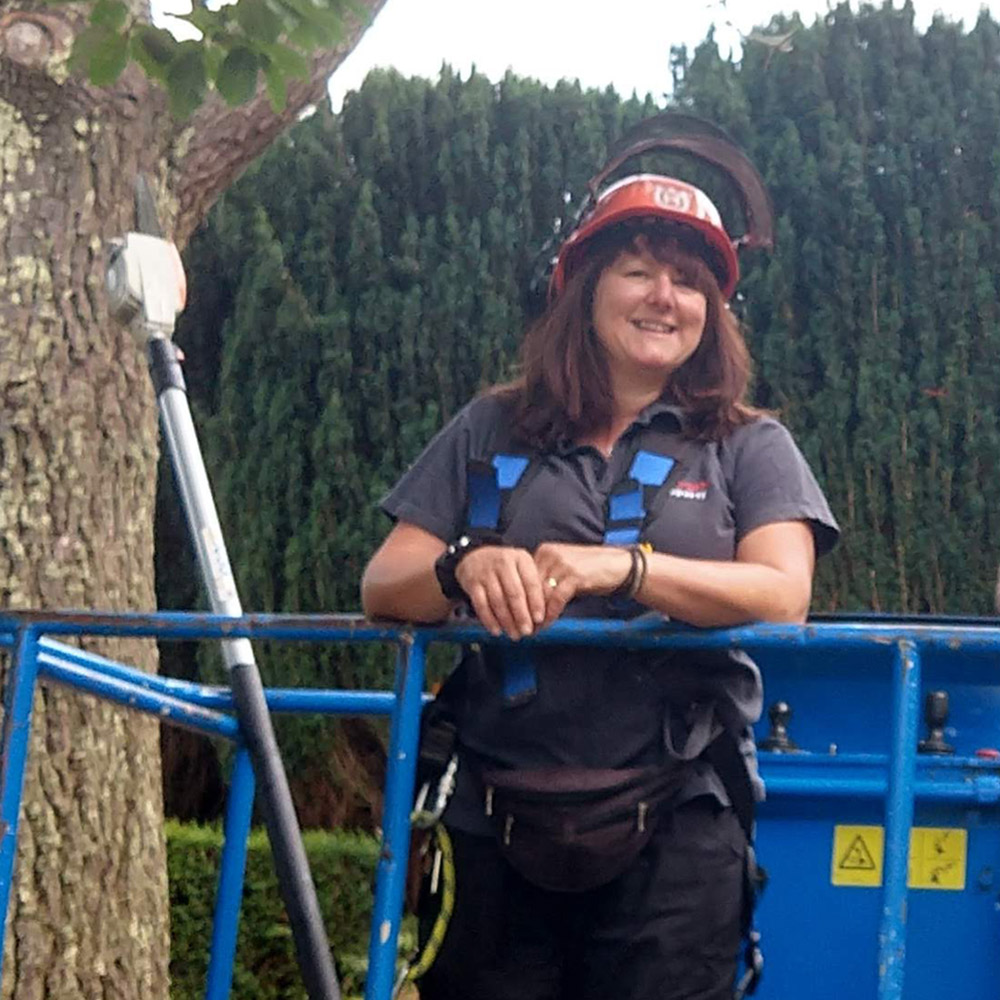 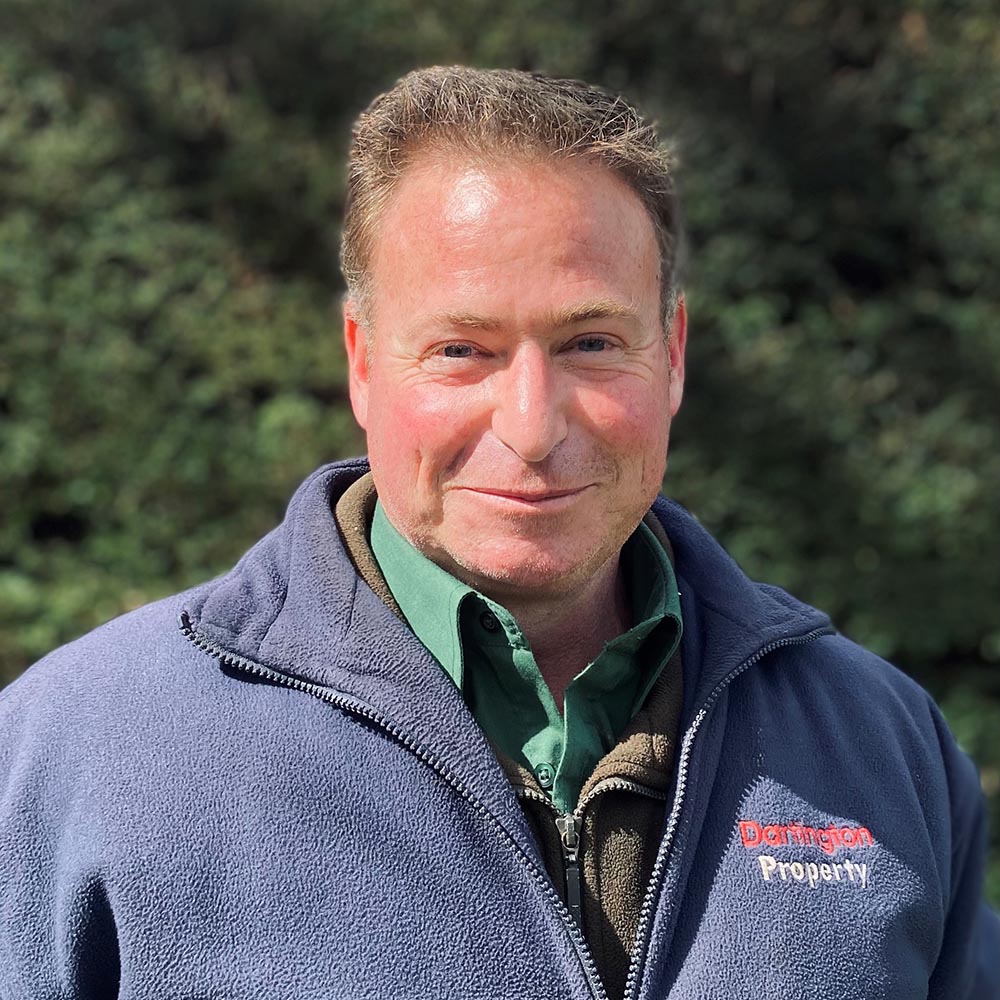 Your entry fee includes a gardens map. As well as all the information you’ll need to find your way around, our map also acts as a guidebook, with fascinating facts about the various treasures you’ll encounter on your visit.

For information on getting to our beautiful estate (whether by foot, car, or pubic transport), click here.

Our gardens are fully accessible, with a wheelchair-friendly entrance and a step-free route that can be followed. Guide dogs are permitted.

We also offer the hire of a Tramper, in partnership with the Countryside Mobility Scheme – find out more here.

Gardens entry is free all year round to Dartington Members – and that’s just one of a wide range of benefits on offer. Find out more here.

What’s more, if you book tickets to the Gardens and buy Membership on arrival, we’ll refund the cost of your tickets.

still have questions? try our FAQs >

We have a small favour to ask – if you like our Gardens and want to show our small but dedicated team of gardeners your appreciation, please consider giving them your vote in the Royal Horticultural Society (RHS) Partner Garden of the Year 2022 competition.

Dartington’s gardens can be found in the ‘South West’ category, and all voters will be entered by the RHS into a prize draw to win a pair of tickets to the RHS Hampton Court Palace Garden Festival in 2023 with a luxury two-night stay close to the showground.