With the news that the Globe on Tour will be performing Julius Caesar in the private garden just outside the hall here in August, we turn our minds to a loose but distinctive thread of bardic activity running through the summer months this year at Dartington. 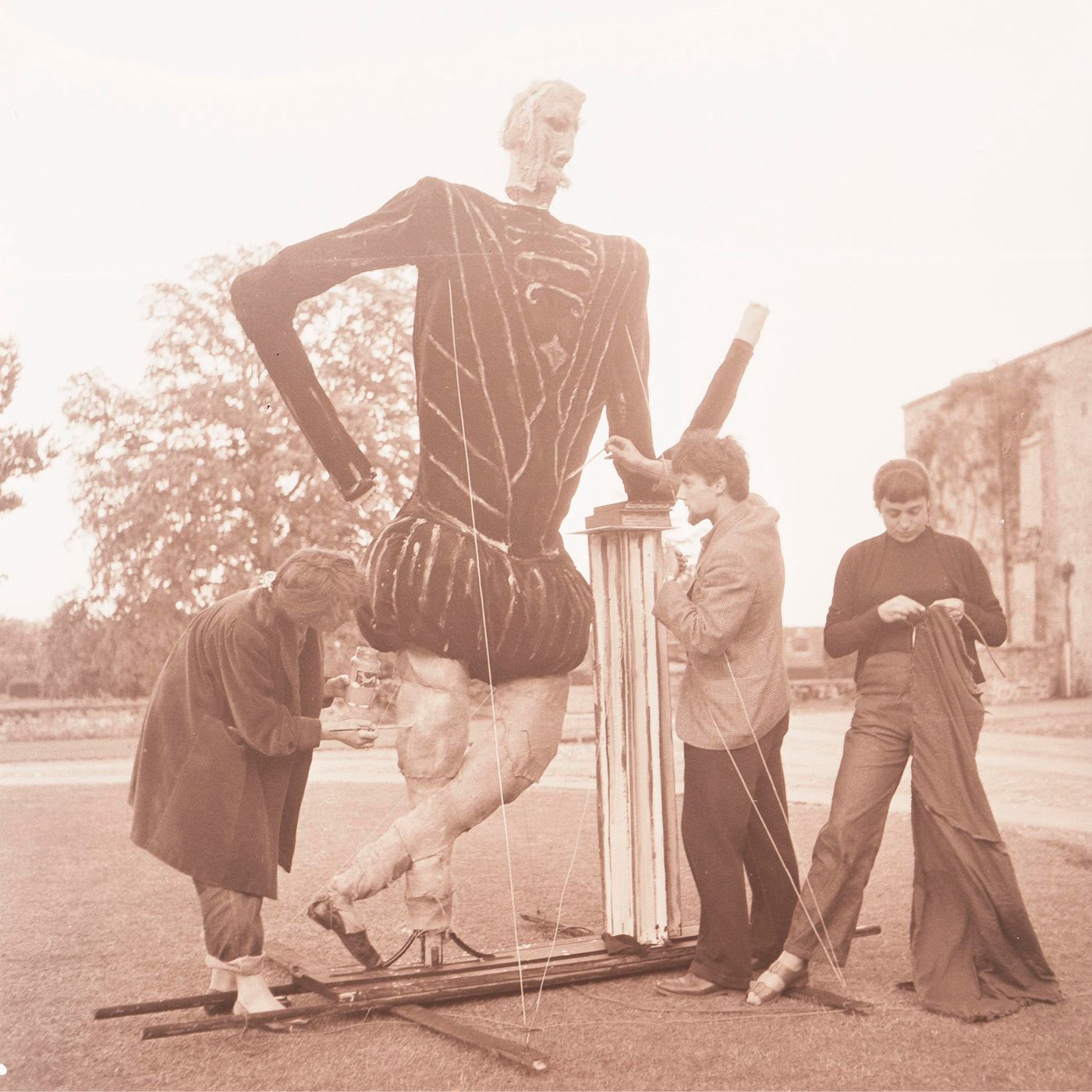 “What, shall we be merry? shall we have a play extempore?” Falstaff

First up, the Playgoers of Dartington bring their production of As You Like It to the Hollow, an outdoor space near Aller Park from 6 – 9 July. This open air production, taking place quite literally under the greenwood trees of the Dartington estate, features a full cast of twenty, with choir, and has been carefully abridged with accessibility very much in mind, making this a great family outing. From pastoral fantasies to the knotty intrigues of gender games and sexual ambivalence, we’re looking forward to one of Shakespeare’s funniest plays ringing out amid the birdsong and soughing trees.

Shortly after this on 12 July, we welcome to the Great Hall Emma Smith, Professor of Shakespeare studies at Oxford, who joins the programme of Ways with Words literary festival with reflections on her latest book. Drawing on her influential work on the life of Shakespeare’s first folio, A History of Books and their Readers broadens the bibliophile discussion to ask more about the distinctive, sometimes dangerous magic that occurs during our physical rather than mental encounters with tomes, light or weighty.

The Swan of Avon resurfaces in the Dartington Music Summer School with not one but two textual appearances. An evening concert with soprano Carolyn Sampson pays tribute to the power of language through song, taking in as part of its programme two of Schubert’s exquisite settings of Shakespearean songs, “An Sylvia” from Two Gentlemen of Verona, and “Ständchen”, otherwise known as Cymbeline’s Hark, Hark, the Lark, coupled with the perhaps less well known setting of “Arise” from the same play, by Italian composer Mario Castelnuovo-Tedesco.  Before that, we’re very much looking forward to vocal fireworks from Stile Antico, who will be performing a Shakespearean piece, composed specifically for the ensemble by British composer Huw Watkins, breathing choral life into Shakespeare’s obscure, allegorical poem “the Phoenix and the Turtle” on 25 July.

The Globe on Tour arrives to bring us Julius Ceasar in the Private Garden from 23 – 24 August just after the Summer School has cleared away its music stands. Award-winning director Diane Page has said of the tour, “I’m so excited to bring my production of Julius Caesar straight from the Globe Theatre in London to tour across the UK. These past few years have revealed more than ever how betrayal, division, and cunning rhetoric are not just traits belonging to Ancient Rome.” We’re delighted to be hosting such illustrious company through our partnership with the Totnes Festival of Arts and Culture.

If you are away this summer, fear not! A final Shakespearean singlet is planned for 8 September in the Barn Cinema, as we live stream Simon Goodwin’s Much Ado About Nothing live from the National Theatre, starring Katherine Parkinson and John Heffernan.

Could a Shakespeare fan ask for a “more lovely and more temperate” summer than the above outline? Whether that be the case or not, we’re looking forward to dipping our toe into some of the bard’s greatest works, with leading performers and interpreters to help us along the way, nonetheless. Do join us!