Three books to spark a revolution? 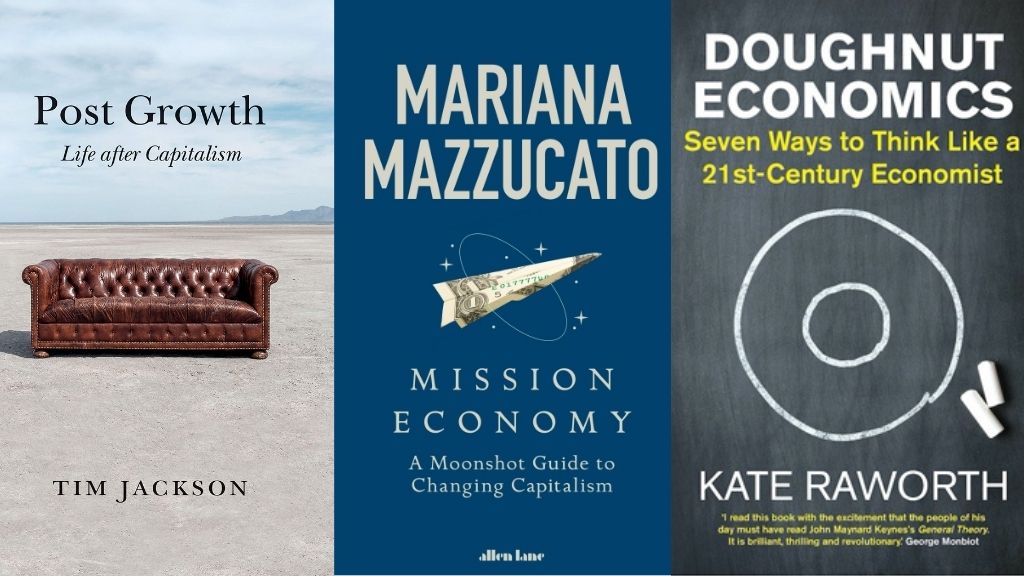 Jonathan Dawson, the Programme Lead for our highly-respected MA Regenerative Economics, blogs on the often forgotten but increasingly important philosophical dimension in modern day economics. He includes three excellent additions to your reading list too!

It is an ongoing source of wonder to me that two such different disciplines –each with their own distinctive traditions, methodologies and pedagogies – should have come to share the same name: economics.

The first, dominant in current media and academic discourse, is focused on markets, money and mathematics.  There is an unquestioned assumption that growth in GDP is a reliable proxy for enhanced societal well-being. Thus, it is able to present itself as an objective science, focused on optimising the allocation of products through the market.

The second seeks to return economics to its roots in moral philosophy.  There is a recognition that much of what passes through the market does not contribute to well-being –think war, oil spills and tobacco; and that much of what is essential for well-being does not –think childcare, volunteering and the gift economy. Consequently, the relationship between economic growth and wellbeing is seen as, at best, tenuous, with a strong emphasis on the relational and cultural dimensions of well-being that are not subject to quantification.  Needless to say, Schumacher College finds its home more comfortably in the latter camp.

As a general rule, these two fields of study have remained uninterested, where not actively contemptuous, of the other. Few are those who have been able to straddle the divide and enable fruitful dialogue between them.

So, now it is exciting to see a growing wave of thinkers emerging from within the heart of academia who are seeking to build bridges and to spark radically and excitingly new thinking.  Three in particular have recently published books that, taken together, represent significant liberatory potential.

First up is Tim Jackson.  Tim is both an economist and a playwright and his flair for language is evident in the recently published Post Growth: Life After Capitalism.  Part autobiography, part literary criticism, part economic critique, the book paints a plausible portrait of a future in which care, craft and culture lie at the heart of economic concerns.

Already before the advent of Covid-19 and the accelerating crises associated with climate change, the strong growth rates achieved in the three decades following the Second World War were faltering. Now, with the escalating costs associated with pandemics and ecological dislocation, Tim suggests that governments will increasingly have little choice but to orient away from promoting raw economic growth towards prioritising the health and well-being of their citizens. The good news, documented in this book, is that there are good reasons to believe that such a shift will enhance rather than erode wellbeing and quality of life.

In her Mission Economy: A Moonshot Guide to Changing Capitalism, Mariana Mazuccato looks for inspiration to JFK’s speech in the early 1960s signalling the mobilisation of the United States’ resources towards a moon landing in that same decade. She argues persuasively just such a mission-based approach is essential to meeting the challenges now converging on our civilisation. As happened in the 1960s, she sees a critical role here for a dynamised, innovative state acting in partnership with civil society and the private sector, with public policy focused on the achievement of a range of vibrant, imaginative missions – such as climate change, cleaning the oceans and the digital revolution.  It is time, she says, for us to abandon policy-making in conventional sectoral silos, and to encourage transdisciplinary, cross-sectoral innovation in achievement of wider, mission-based goals.

So, what could such an overarching grand mission be – something that could grab the public imagination as forcefully, if not more so, than Kennedy’s vision of the moon landing? No better candidate here then self-declared renegade economist, Kate Raworth, a member of the guest faculty on our Regenerative Economics post-graduate programme.  In her Doughnut Economics: Seven Ways to Think like a 21st-Century Economist, she proposes that the core, unifying aim of public policy be to enable the world’s citizens to inhabit ‘the just and safe space for humanity’.  This space she defines as, on the one hand, remaining within planetary boundaries (thus avoiding ecological overshoot); and, on the other, satisfying basic human needs, as defined by the UN’s Sustainable Development Goals.

This is a beautifully elegant model, encapsulating in one image the core task facing us.  Where it takes us in terms of public policy is best described in Kate’s own words: “We have an economy that needs to grow, whether or not it makes us thrive. We need an economy that makes us thrive, whether or not it grows”.  This is a mission worthy of this generation’s creative engagement.  This is the work we are called to do.

If Jonathan’s book suggestions have piqued your interest then we encourage you to take a look at the MA Regenerative Economics programme via this link. We are currently accepting applications for the next intake in September 2021. Join us! 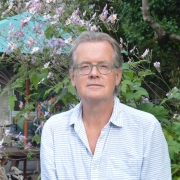 Jonathan Dawson is a sustainability educator lecturer at Schumacher College and a former President of the Global Ecovillage Network, He has around 20 years experience as a researcher, author, consultant and project manager in the field of small enterprise development in Africa and South Asia and before joining the College he was a long-term resident at the Findhorn ecovillage.