more people behind the story
During George’s working life at Dartington Hall, and for many years after, he was held not only in great affection but also as someone who exemplified the Elmhirst’s vision for Dartington.

A bugle call blown on a six-foot length of copper tubing and a white ensign flying at half mast greeted George on his last day as Foreman in charge of the estate’s water supplies. This retirement ceremony for George was in 1975, 48 years after he started working at Dartington.

It was in 1931, when George was a junior member of the estate’s maintenance team, that he attended a musical appreciation class at Dartington Hall.

One thing led to another and George was talked into learning a musical instrument – the cello.  Taught by Muriel Taylor, he became an enthusiastic and accomplished cellist and joined a small string orchestra that used to meet in the Great Hall, under the direction of Nannie Jamieson.

George often said it was only because of the opportunities available and the support and encouragement from everyone at Dartington that he was able to develop an initial curiosity into a life-long passion for music.

During the war, George served with the Royal Electrical and Mechanical Engineers (REME) but returned to Dartington as soon as he could.  After the war, family commitments and a huge backlog of maintenance work on the estate put an end to George’s cello playing for some 25 years.

But in the mid 1960’s, he borrowed a cello from the College of Arts – just to see if he could still play.  He could – and an orchestral workshop in Totnes led to his becoming a founder member of the Totnes Symphony Orchestra.

The Dartington estate has a private water supply, which feeds all the houses and buildings on the estate and many properties in Dartington village. For 27 years George was responsible for the supply, purity and waste disposal of this water. Less straightforwardly, there were times when he had to retrieve people’s rings and false teeth from the drains.

The first permanent water supply for the estate came from a spring in a quarry, driven by a couple of hydraulic rams beside the Bidwell Brook. By 1928 water was being drawn from the gravels of the river Dart by means of a small well with a pump, and in 1934 it was all electrified.

The two pumps installed in 1934 are still working, pumping out thousands of gallons of water throughout the estate. An early difficulty with the supply was the high iron content of the water and people complaining that the water stained their clothes.  This difficulty was alleviated when a filtration plant was installed in 1962.

During his years of retirement, George developed his professional skills with copper tubing into the making of copperware – particularly kettles – but music and playing the cello remained his abiding passion and occupation. George died in 1991. 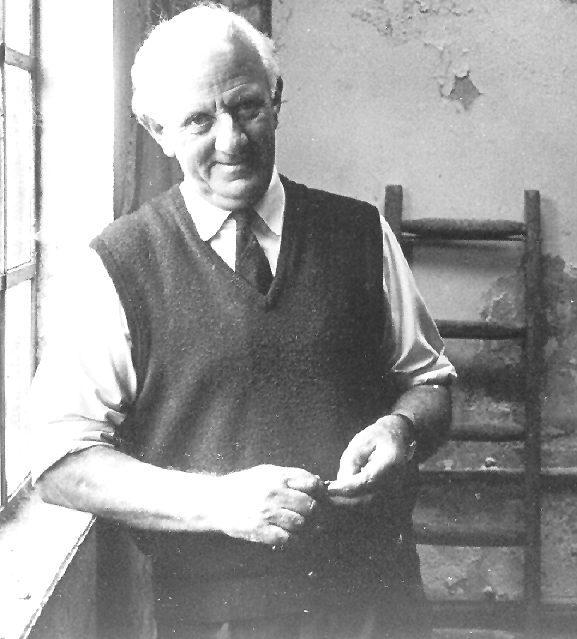