more people behind the story
Helen Glatz was a hard-working and dedicated musician and teacher who wove herself into the fabric of Dartington life.

Born in 1908, she lived and worked at Dartington from 1950 until her death in 1996. Her talent was doubtless, and she had a formidable reputation due to her robust, critical approach to music.

As a Composition Scholar Helen had studied with Vaughan Williams and Gordon Jacob at the Royal College of Music and among her generation of students were Elizabeth Lutyens, Elizabeth Maconchy, Thea Williams, Imogen Holst and Benjamin Britten.

She won the Cobbett Prize and was awarded a travelling scholarship which was spent in various parts of Italy, in Vienna and, most significantly, in Hungary.  It was to Hungary that she went to study with Kodaly, and where she met her husband, Wolf Glatz.

Marooned in Hungary throughout World War II, she returned to England with her son Christopher as a penniless refugee and it was only after a year of intensive negotiation with the authorities that her husband was allowed to join her.  Sadly, Wolf died shortly after his arrival and Helen was left to bring up Christopher on her own.

Imogen Holst offered Helen a teaching post at Dartington Hall and after Imogen’s departure to Aldeburgh, Helen assumed the mantle of resident composer and musician.  For many years Helen contributed greatly and continuously to musical life at Dartington, whether conducting, composing, accompanying or coaching.

She taught composition and percussion at Dartington College of Arts and during the Summer School of Music, William Glock and John Amis found her invaluable.

In 1994 the Dartington String Quartet briefly re-formed to lead a string orchestra at Leonard Elmhirst’s centenary concert, and few who were there will forget the sight of Helen, her face alight with joy, rushing from the back of the Great Hall to embrace the quartet after the performance of her Elegy for Violin and Strings, written for Leonard many years before. The response of the audience and orchestra demonstrated the warmth, affection and respect they held for Helen.

A few months before her death, Helen was made an Honorary Fellow of the Dartington College of Arts. 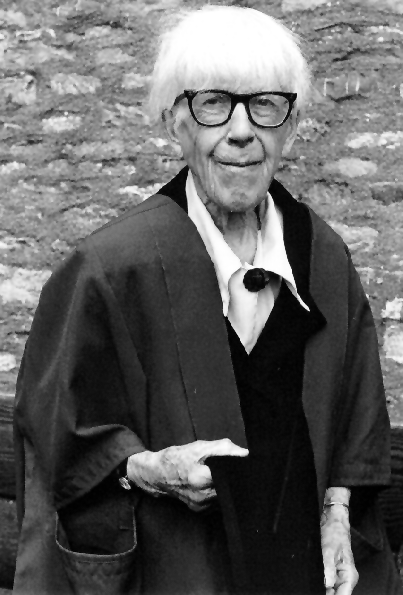