more people behind the story
Michel Chekhov (1891-1955) was the nephew of Anton Chekhov, the playwright, and came over from Russia as a refugee in 1928.

It was Dorothy Elmhirst’s daughter by her first marriage, Beatrice Straight, who introduced Chekhov to Dartington and who also guaranteed the financial stability of the Chekhov Theatre School which was established on the estate in 1936.  The Barn Theatre was altered and equipped for the theatre students.

Beatrice, who became a considerable actor in her own right, was one of Chekhov’s students and Dorothy Elmhirst also studied at the Theatre School.  She had great dramatic presence and it is often thought that freed from the responsibilities of her wealth, she would have become an actress like her daughter.

Political events in 1938 made the consolidation of the Chekhov Studio at Dartington impossible after its short life of only two years, but a touring company did grow out of the venture to work in America.  Dartington provided a safe harbour for political refugees, particularly those working in the arts, during the inter-war years, thus creating a performing arena which could be regarded as comparable only to London.

Dorothy wrote Chekhov’s obituary in News of the Day, an estate publication:

“He taught, not only with words but with every nerve and muscle of his body – every gesture he made was significant and revealing.  […]his teaching was serious and profound.  He had developed a method which he hoped would ring out the latent powers of his students.  “An actor has three instruments” he used to say, “his body, his voice and his imagination” 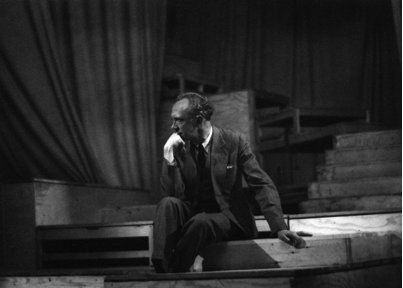